The Distinguished Gentleman. Our Dino is re-united with its original salesman

Today was a very special day. For the first time in some forty years, our Dino was re-united with the salesman who sold the car new. It is with great pleasure that we introduce to you Mr. Scot Macdonald who is only a few days shy of his 90th birthday.


This all came about when Paul caught wind that Scot was around and well living in a veteran’s home in . Some quick digging revealed his telephone number and it was not long before we had him on the phone and made arrangements to pick him up and have him visit 01464. Word spread of our plans and today we spent a marvelous day while many different owners and enthusiasts stopped by. In all there were 3 cars present that Scot sold including a 1977 Ferrari 308 GTB that the owner had the original sales card with Scot’s signature in it.


Despite his age, Scot makes many 70 year olds look dated. He is sharp and lucid with a quick wit and excellent story telling ability. We were all enthralled with dozens of stories which included a cross country delivery drive of a BB512 that was traded in for a Daytona (that he then had to drive back), picking up a Countach in Texas and driving it back to Toronto, the day 3 Daytona spiders arrived and what he did to sell them, and the list when on and on.


The weather was great and things could not have gone better. We offered Scot a drive when the car is done and look forward to fulfilling that promise. He also provided us with a piece of wisdom stating that because our heart is going into every nut and bolt of this car, that we will always have a connection to it that is not possible by just buying a finished product. That truly is what makes the restoration worthwhile.

Now on to the photos. The first one was taken at the very instance Paul was getting the aforementioned advice. 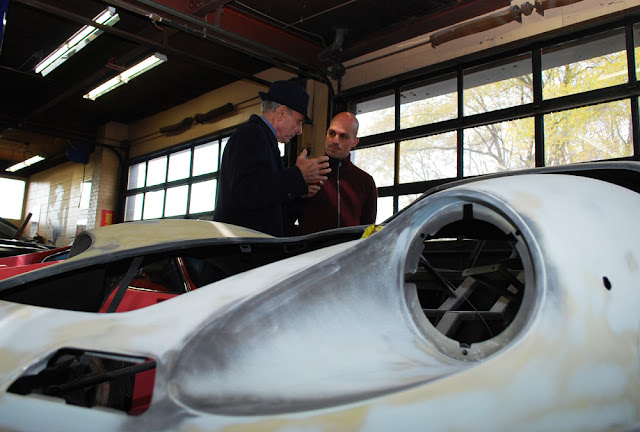 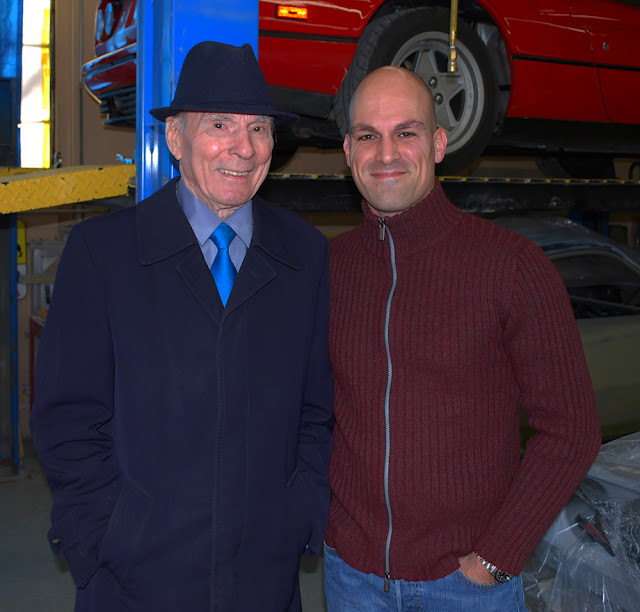 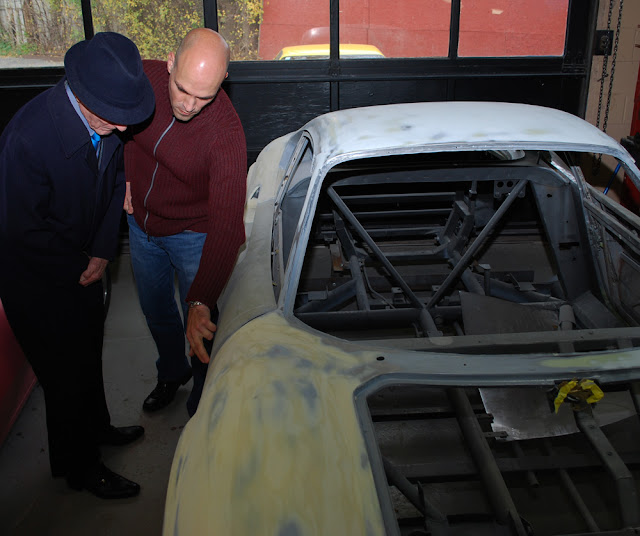 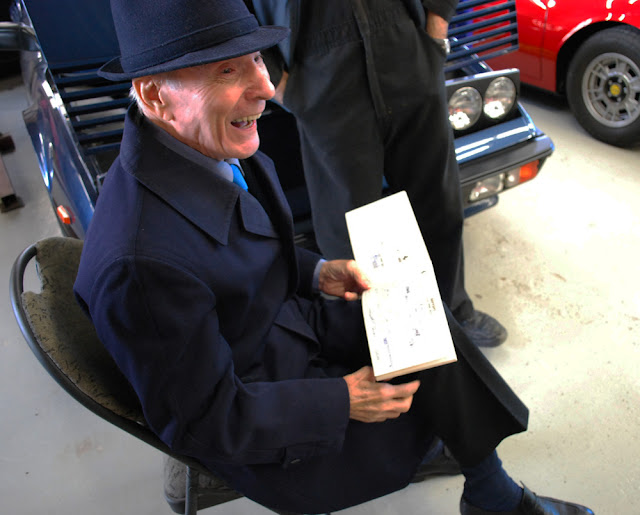 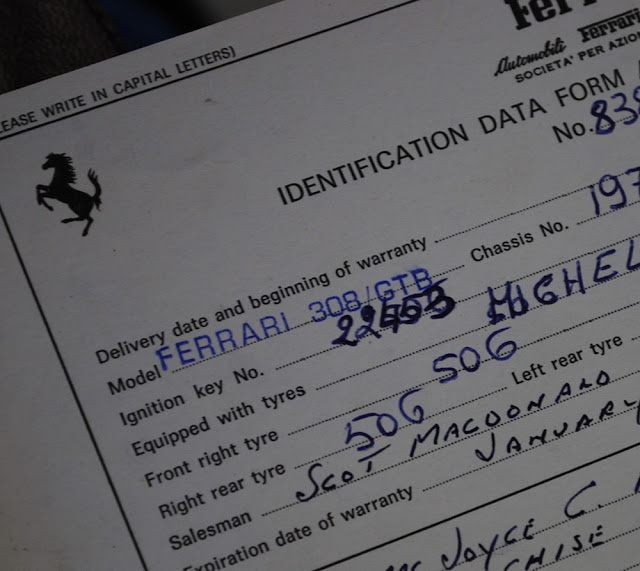