Original vs. Replacement: The difference in voltage regulators and their markings

It seems as though we are always learning something new. Recently we decided to reproduce the little red decal that goes on the alternator voltage regulator. These are not available anywhere and it is impossible to properly restore the regulator cover without destroying the original decal. Despite the fact that the regulator is in plain sight on the fuse panel this is a part that is often overlooked by restorers making the whole panel look a little dingy.

While doing the artwork for the decal we made an interesting discovery and further research proved our observation to be correct. The voltage regulators delivered to Ferrari on the assembly line had the word FIAT stamped on the cover. These parts were made by Magnetti Marelli and when they broke (as they often did) they were replaced with regulators that carried the MM branding on them.  Below is a photo from the owners manual of the M series but this applies to all series of Dino's 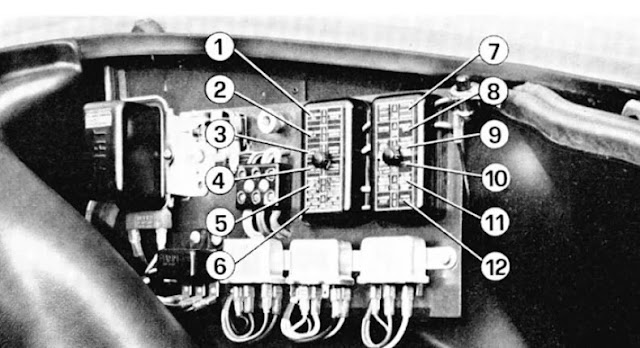 The replacement regulators today are not hard to find and not terribly expensive either. Their insides are identical to the original ones but differ in that they have the cover that reads Magnetti Marelli.

Also, to the very observant, there are two other differences. One is that the corners of the decal on the replacement regulators are rounded off and... 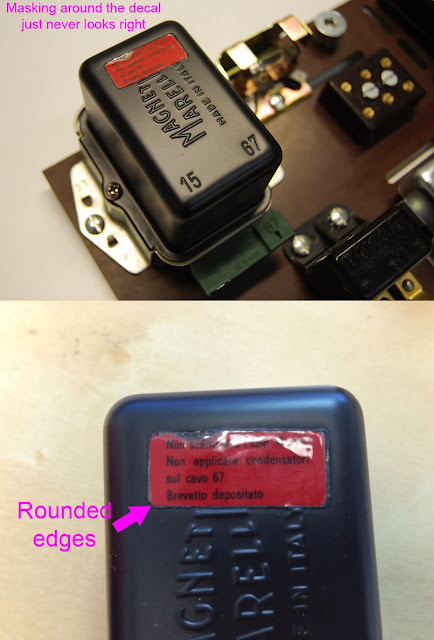 ...the original regulators had the word FIAT included in the text. As such we decided to reproduce the decal exactly as it would have been on the original factory delivered regulators. 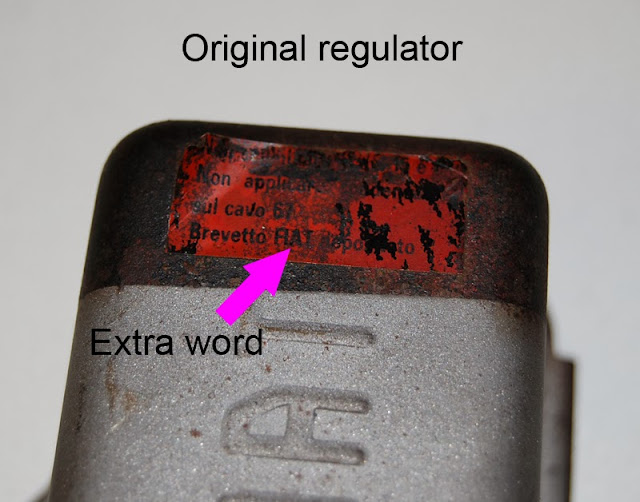 Here is the final result. We used the same sub surface print method and 3M adhesive to yield an almost indestructible decal that will serve well for at least another 40 years. 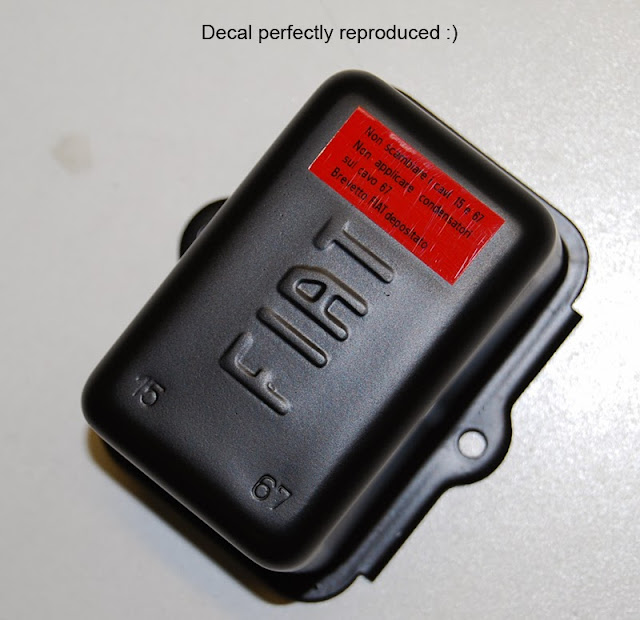