With the throttle butterflies installed the rest of the install is fairly straightforward. It is impossible to install anything in the wrong spot and the only two places were you can run into issues is on the choke mechanism and float height.

First up is the choke or rather fuel enrichment system. This acts like a little carb within the carb and is activated by means of a pull wire that transfers its motion to a gear system (seen below). This gear system operates the fuel enrichment valves that allow the engine to get extra fuel when it is cold. When assembling this component it is important to note the little marks on the gears. The valley of one gear is to fit in the peak of another to have the correct alignment. It is a small and simple detail but one that is critical for the proper operation of the system. Also it is important to remember to grease everything well during assembly to ensure a long life for the parts. 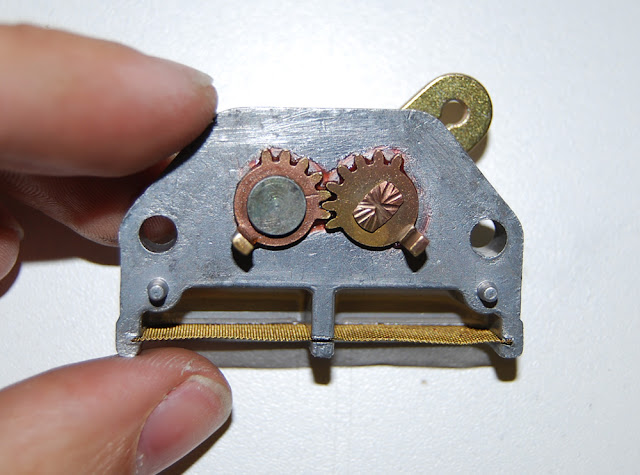 Next up is the float mechanism. This is the only part on the carburetor that requires setting during assembly (ignoring needle valve settings of course which are done externally). Inside the carb are a number of tubes and passages that need to operate inside of a pre-determined height of fuel. Too much or too little and the passages are either flooded or starved and the mixing of air and petrol does not take place as it should.

The procedure for setting the float height is very simple. It involves taking measurements with the top of the carburetor horizontal (achieved easily by laying it flat on a table with the float hanging off the edge) or vertical which (as seen below) is done by using a square to hold the carb top upright on a flat surface. If the float height is off, all you do is bend the stops as needed so that the upper and lower settings are correct. 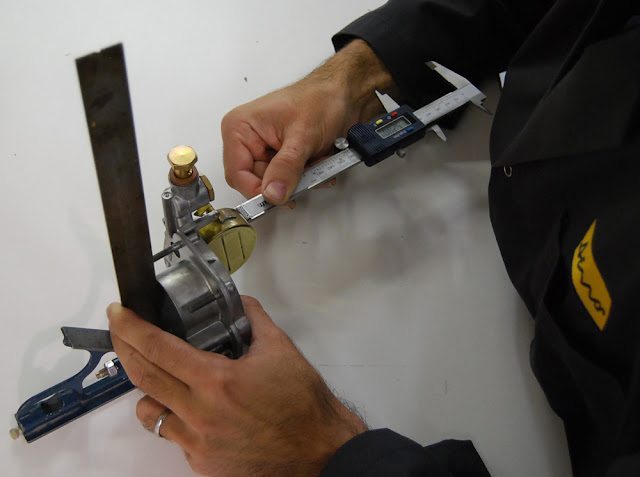 The float height is an important setting and it is critical to check all measurements when you are finished to make sure that they correspond with the correct specifications. DO NOT assume that a previous measurement will be correct after you make a float height adjustment. Normally making one adjustment will knock the other one out a little so you need to be sure that both the open and closed measurements are correct after all setting is done and before the carburetor is closed up.

We have already posted images of the finished carbs and the next step is to mount everything on the intake manifold with the completed linkage. Keep reading as we will profile that in a future post.