Going in reverse is the slow way to move forwards: Cleaning and sealing the gearbox castings

In previous posts we showed our efforts to restore damage on the gearbox castings and explained how Ferrari painted some of their castings in part to seal their porous nature from oil leakage.

For those who missed it here are some of the old links:

Restoring damage on the castings

Ferrari originally cast the gearbox housings, primed and painted them, and then machined the final surfaces.With only a finished casting to work with we learned how slow it can be to do things in reverse as with each step the machined surfaces needed to be protected as we aimed to clean and prep them for sealant.

Once the first major wash was done the first step was to mask off every surface we did not want media blasted. Sounds easier than it looks as the main gearbox housing took a full 8 hours to prep and mask for blasting. Then it was into the blast cabinet where medium grit media was used in varying pressures to clean away all old primers and finishes keying the surface just enough for final paint without being so aggressive as to damage the original look of the aluminum. It was as much art as skill and it took many hours to get this right.

After blasting all the tape was removed and the parts were washed over and over again until they were surgically clean. Then came heating to outgass the aluminum and later a cleaning with Xylene to really get the last bit of contaminants off. It is critical to have a perfectly prepped surface as a failure of the sealer could be disastrous in the gearbox and engine.

With everything clean we needed to mask the edges again and then apply the sealer. For this task we chose a product called 'Glyptal'. Used in all industries from NASA to the US Military Glyptal is a very durable chemical resistant coating that applies on bare aluminum and has exceptional wear properties. It is the coating of choice in high end vintage engine re-builds and has proven itself as a reliable finish for this application.

Glyptal can be applied by spray, dip, or (as we chose) brush as it offered us the most control over the application and film thickness. Once applied the parts were baked to fully cure the finish.

Next comes exterior painting but that will be another day. Now for some photos. As you will see the casing was pretty dirty to start with. 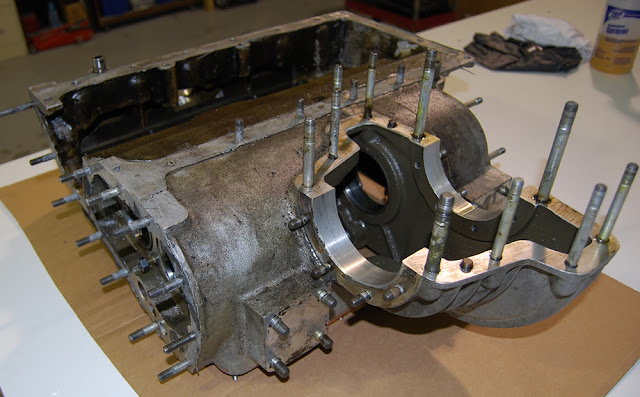 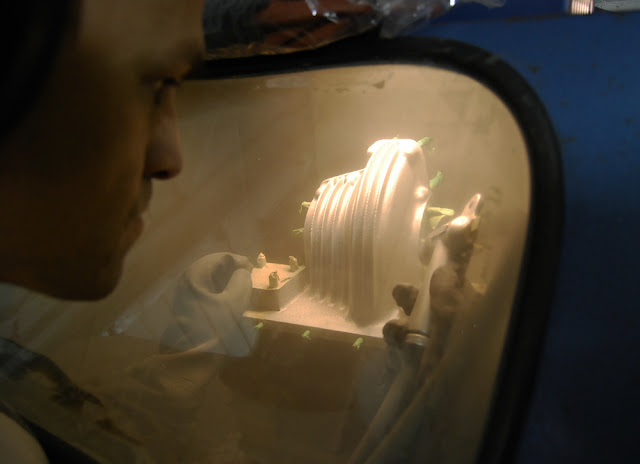 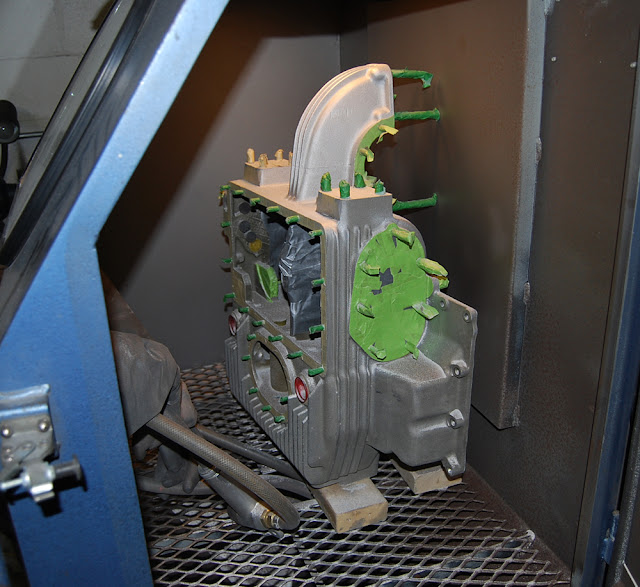 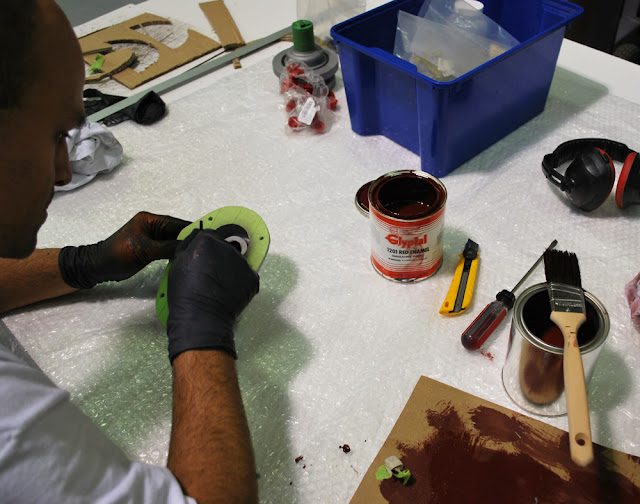 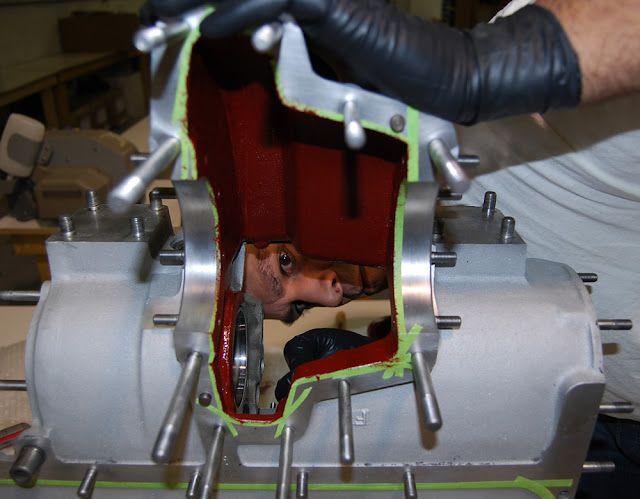 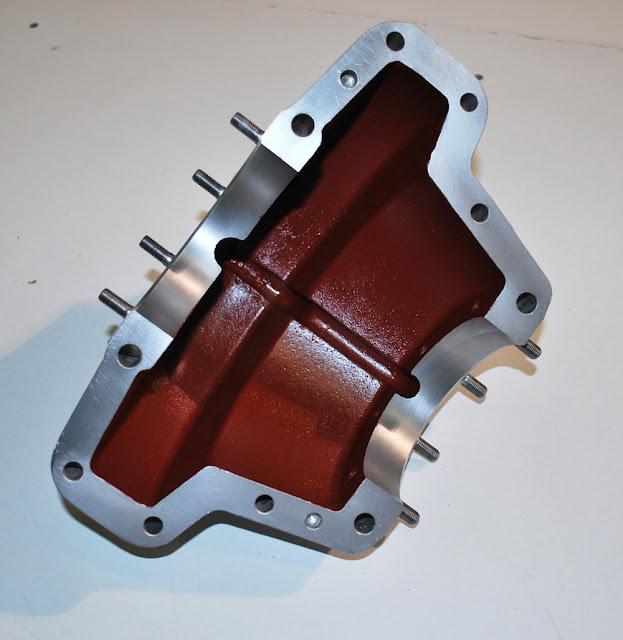 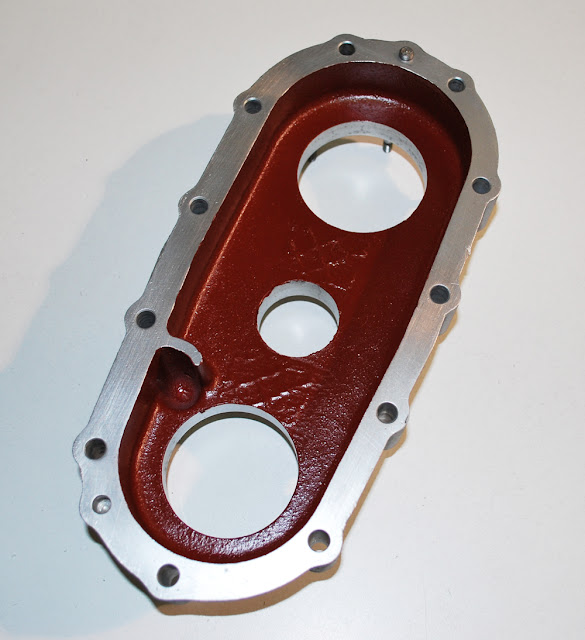