What is original?: Steering wheel restoration 1 of 3

Today we are kicking off a 3 part series where we will explore steering wheel restoration. The first step is to establish what is correct for a Dino and more specifically an M or E series car that uses the smaller central hub configuration.

I don't mean to leave the 206 and L series owners out but the information contained here comes from a close study of over a dozen original wheels that were confirmed as factory fit to either a M or later E series car. Our research showed no significant difference between these wheels so we lumped them together for observation. The only difference we observed is that some wheels say MOMO on the front (including Made in Italy on the rear) while others on the rear with no markings on the front or country of origin stampings. Note also that late E series Dino's did away with the steering wheels with holes and used solid spoke wheels instead. These are the same wheels fitted to Ferrari 308 models and are not being discussed as part of this post.

Dino wheels were fragile and often broke at the holes. As such many wheels have been changed out for the 'Prototipo' wheel which has a similar configuration but differs in its overall and grip diameter along with other key details. To the best of our knowledge the Prototipo wheel was never factory fitted to the Dino however many were changed out very early in the life of some cars leading to originality confusion among owners.

Below is an assortment of photos taken of a sample wheel we had referencing the details to look out for when restoring a steering wheel.

In our next installment we will compare the original wheel to the readily available reproduction unit sold by most parts suppliers. 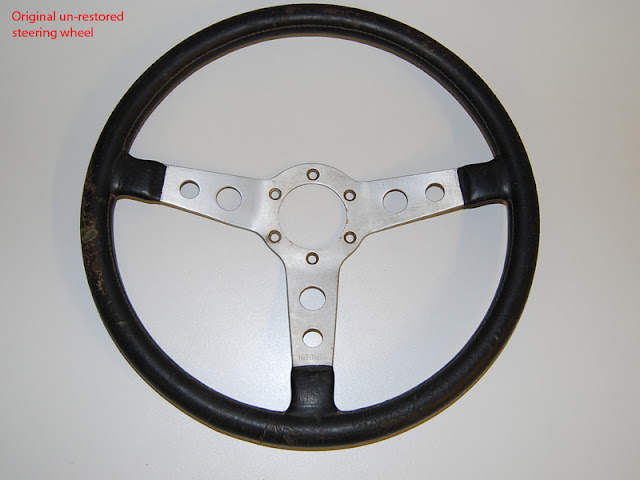 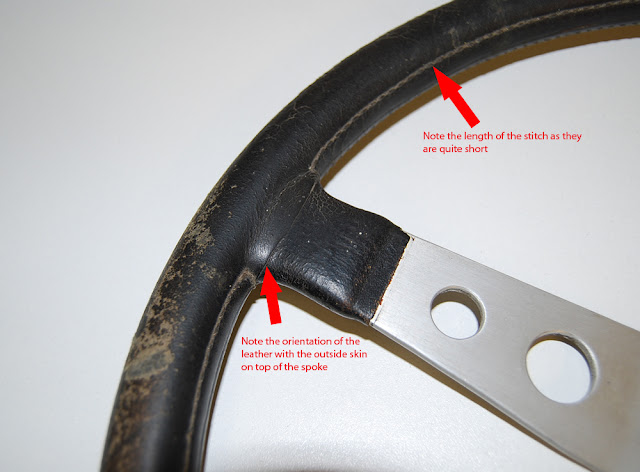 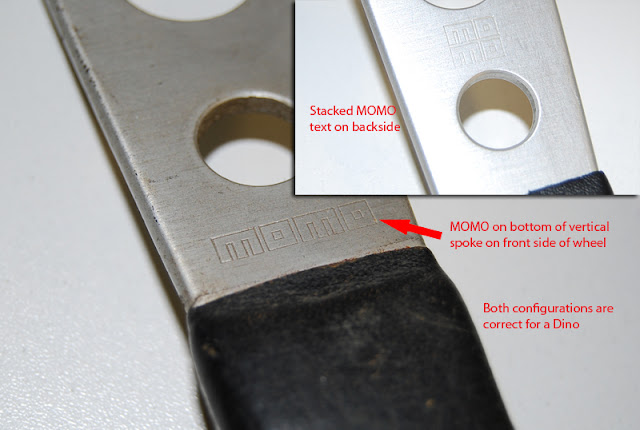 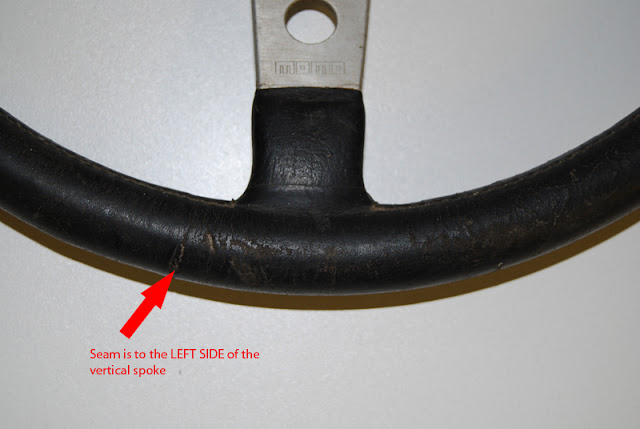 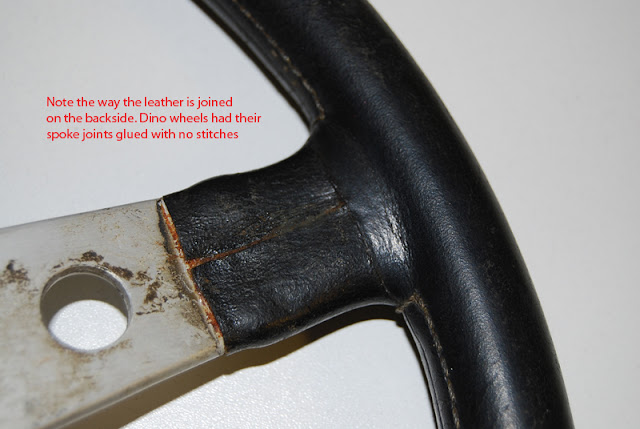 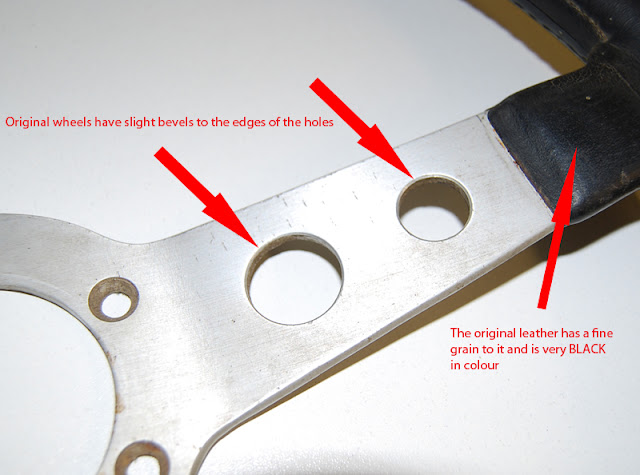