With the car built and now on the road one of the most important items is ensuring that the carburetors are properly adjusted. This subject is often treated as some sort of black art that only the most skilled and special are able to do; TOTAL NONSENSE.

The reality is that carb adjustment can be done by the home mechanic to a very high level with minimal tools. What is necessary is a clear understanding of the various adjustments and how they affect the running of the engine. It is this understanding that a shocking number of 'experts' lack and our series of carb tuning posts are aimed at dispelling many of the myths out there giving Dino owners the confidence to tackle this project themselves.

To start we will look at the Weber 40 DCNF carb fitted to the Dino and identify and explain the parts that are touched when tuning the engine.

*Note that we will only address the high speed running circuit late in our posts. For now all the focus is on the items that affect the running of the engine below about 3000 rpm.

Below is an image of the carb fitted to a Dino. It is a dual throat construction where each throat feeds a single cylinder. As such the Dino has 6 cylinders so 3 carbs are fitted. 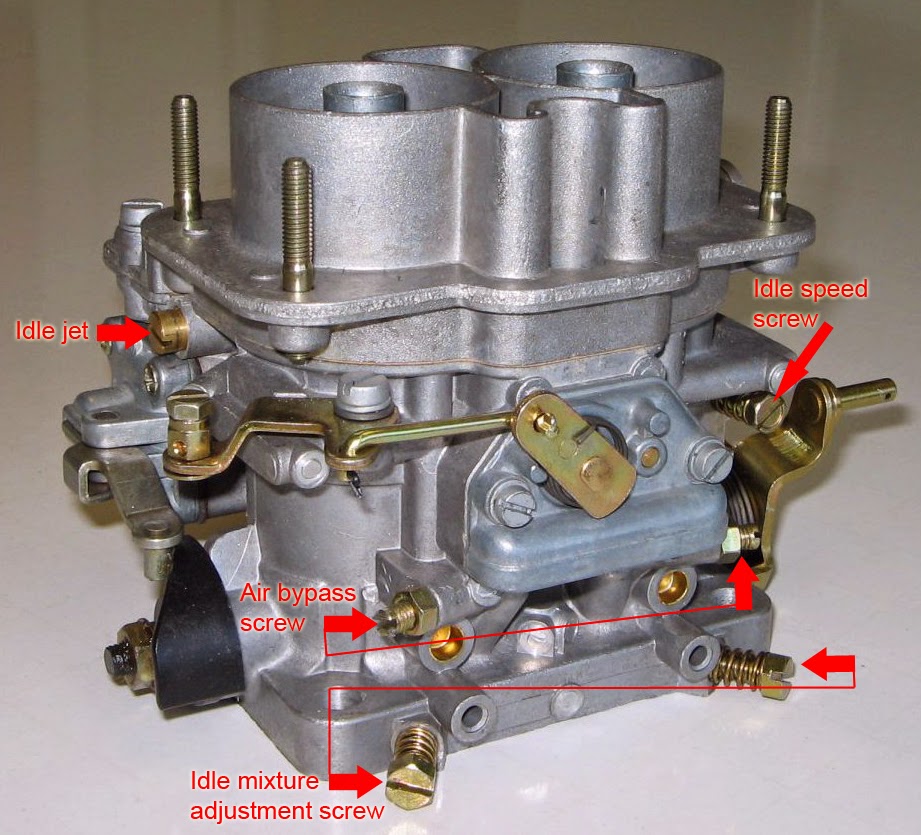 Now for an explanation of the marked parts:

Idle jet
- There are 2 idle jets per carb (one per throat & the 2nd one is not visible in the picture). Each jet acts totally independent of the other.

- Located under the screw in the photo is one of the idle jets. It is nothing more than a brass tube with a calibrated hole in it. These jets are available with larger or smaller holes depending on the amount of fuel you wish to introduce to the engine.

- Contrary to its name the idle jet supplies fuel to the engine up to about 3000 rpm so it is a vital part of the tuning equation. This will keep coming up so be clear on this point

- The adjustment of these screws are to be used ONLY to adjust the mixture at idle! Mechanics often turn these to correct low speed running problems and this is totally wrong. The idle screws are for idle ONLY.

- Allows for a compensation between throats of a single carburetor to equalize the flow between the two barrels.

- When properly adjusted, one of the air bypass screws is closed while the other is open a measured amount. We will discuss this setting later but if both are open the carb is not set correctly. In some instances both may be closed but for both to be open is not correct.

-  Because the each carb has only one throttle shaft that operates both throttle butterflies there is only one speed screw per carb.

- Think of the throttle butterflies as doors that allow the air/fuel mixture to enter the engine and the idle speed screw is a stop that controls how much the door closes. Because the engine needs a certain amount of air/fuel mixture in order to idle, the speed screw allows for a fine adjustment of how close to closed the butterflies are and is essential in setting the idle speed of the engine.

- The idle speed screw is one of the most tinkered with screws on the carb and is often opened far too much. Generally speaking if the screw is in more than 1.5 turns from the moment it contacts the throttle then it is turned too far.

Below are some more photos of some of the parts we mentioned allowing for a different perspective. 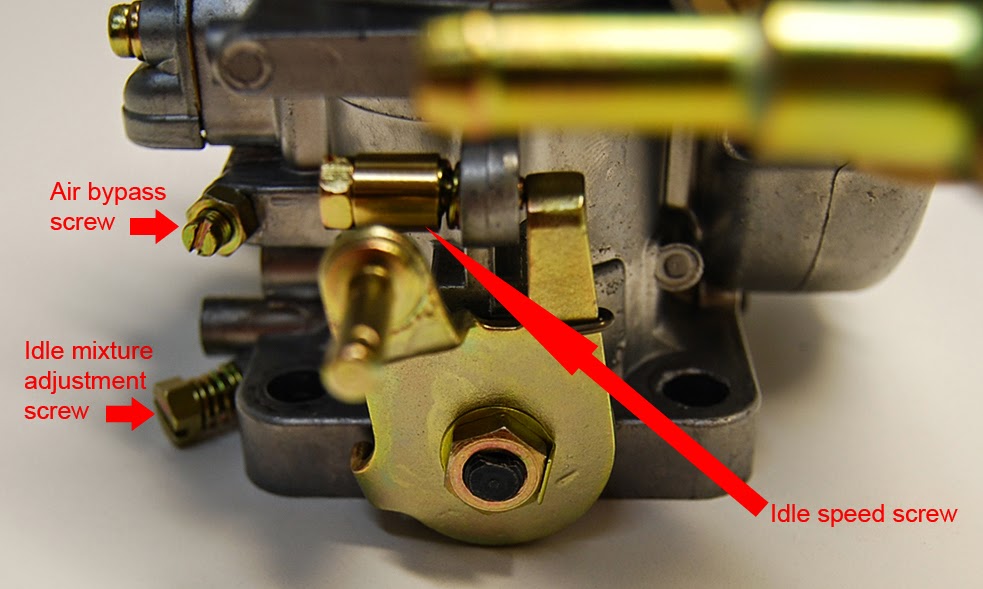 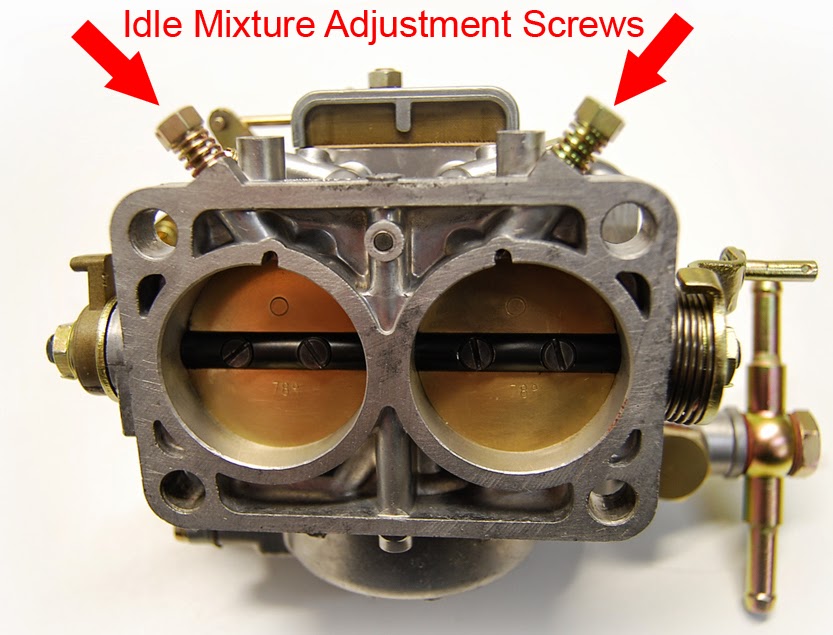 - Idle jets control the engine up to about 3000 RPM
- Idle mixture adjustment screws are to control idle only
- When properly set only one (or neither) of the air bypass screws are open; not both.
- Idle speed screw is used to set idle speed only and should be kept between about 1-1.5 turns from the first point of contact.

With the basic adjustment points explained the next in our series will look at the tools needed for the job of carb tuning as well as outlining the basic approach when setting the carbs. Future posts will take us step by step (with lots of photos) through the whole tuning procedure hopefully giving blog followers the confidence to do this job themselves.