In the last few posts we have been reviewing the wiring harness restoration. The harness is now finished and ready to go in. 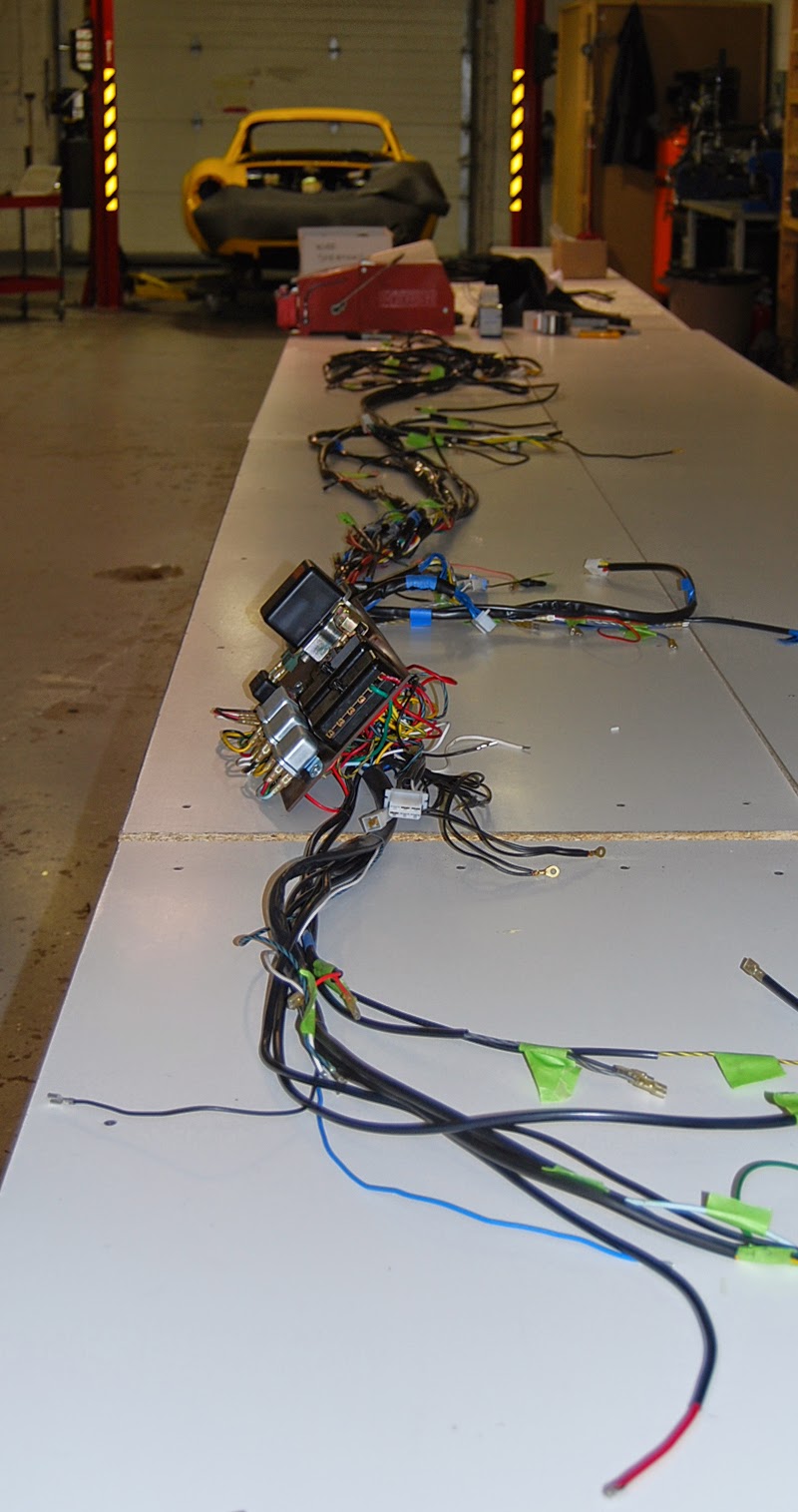 The first step to getting the harness in is establishing its general path into the car and then preparing it for fitting. In the photo below Paul looks eager to get to work and to speed things along we put the bulk of the harness on a rolling cart. It of course goes without saying that we covered the paint very carefully to avoid any damage. 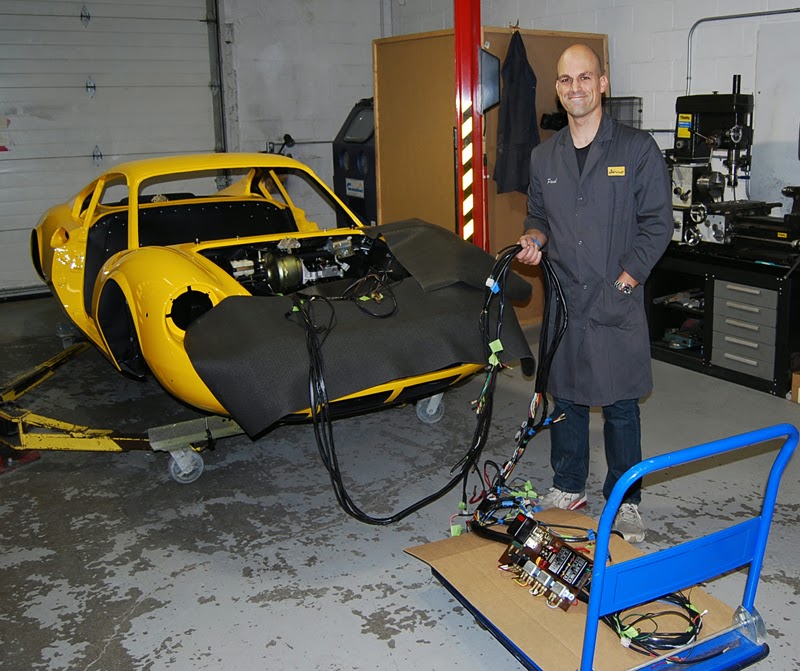 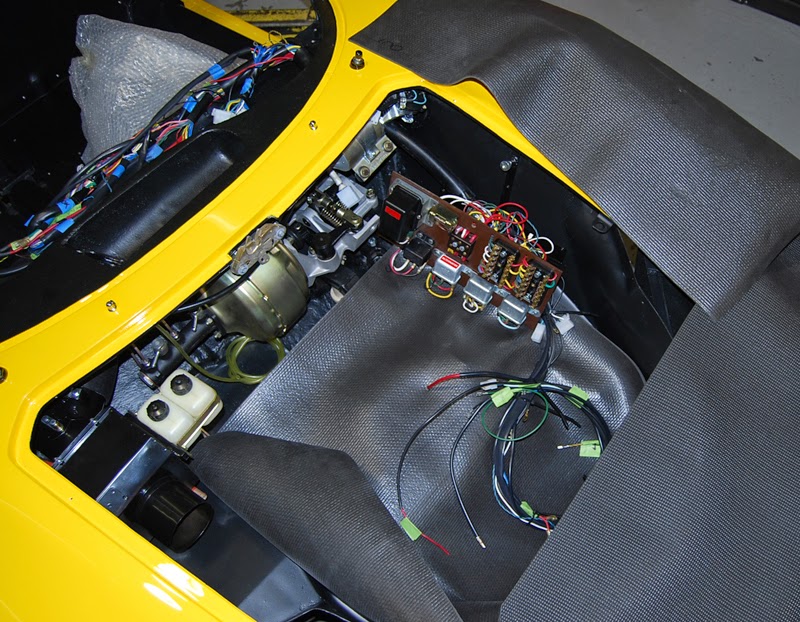 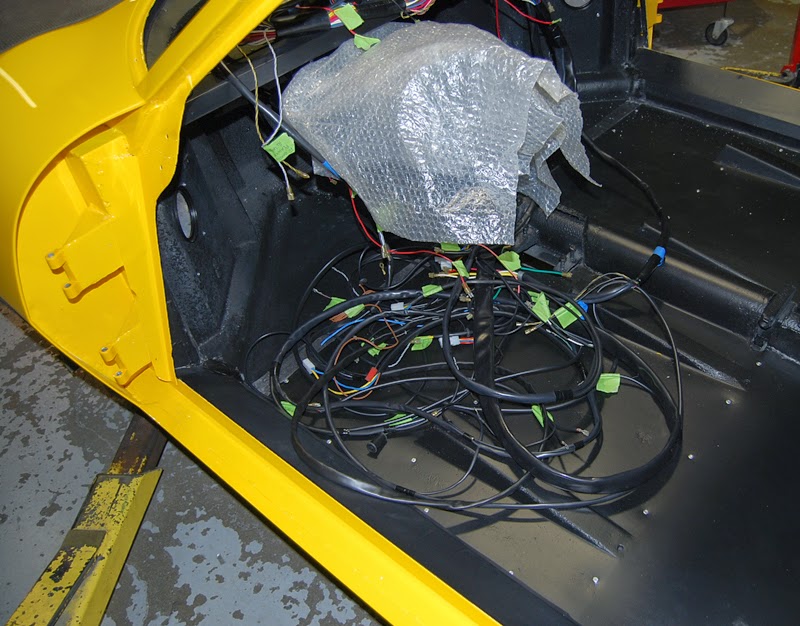 Some of the wires stay in the passenger cabin while others pass along just under the surface of the dashboard. 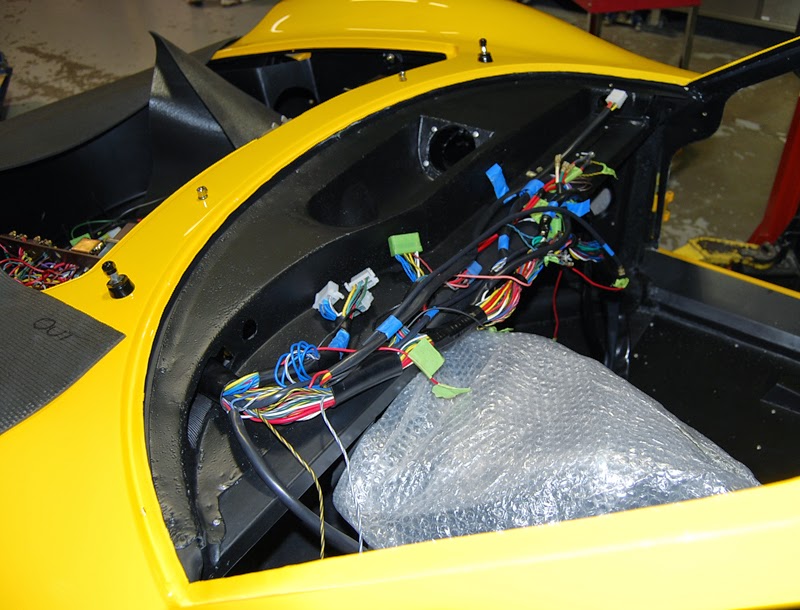 
While most of the wires are concentrated in the front half of the car there are still some wires that need to go to the back to run the ignition, tail lights, and other electrical items. These wires exit the under dash area on the passenger side, run down the front wheel arch and along the main side chassis tube back to the rear of the car. In order to keep these wires clean and to help feed them quickly we wrapped them in plastic. This make quick work of fitting the harness. 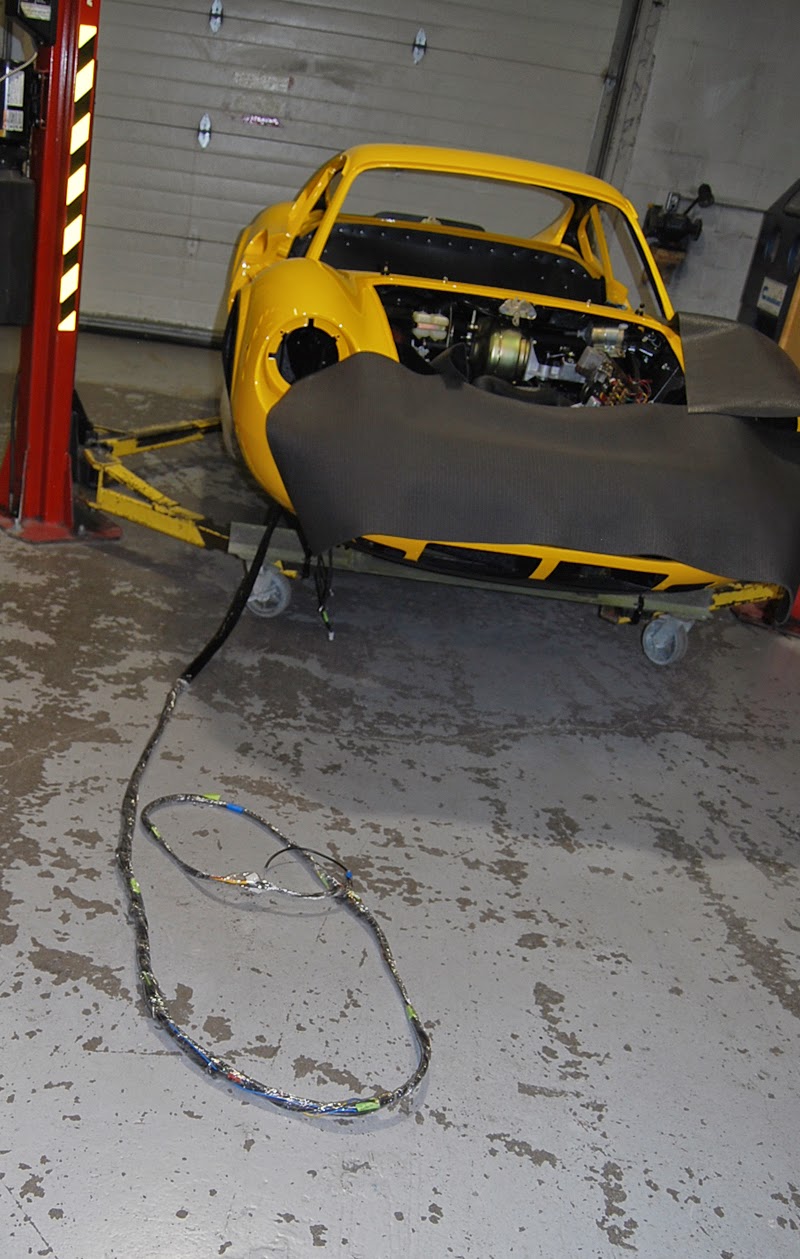 In the end while we have lamented about some terrible jobs on this car, however with the task being done early in the build, the wiring installation went rather smoothly. Rough running of the wires tool about 30 minutes while final positioning and checking well lets say took rather more time.