Occasionally there is a part of an Italian car that captures one's attention as being just too beautiful to just serve a functional role. On the early Dino's the fuel filter / pressure regulator assembly is one of these. Sculpted of cast aluminum and metal with a thick clear glass bowl, this component seems lost in the engine bay and for us it was more a question of missing.

You see when we bought 01464 a previous mechanic had replaced this assembly for a simple pressed steel fuel filter hastily safety wired to the firewall. We knew something was not right and a quick check in the parts book revealed another part to source. Made by the FISPA company these items are sometimes used in old Alfa Romeo's and we quickly found a replacement in need of a total re-build. The original seals were dry and brittle while the case and hardware were well tired.

Fast forward past many hours of cleaning, plating, and re-building and we have an assembly that looks like it was made yesterday. Although it can't be easily seen, we know its beauty is there and we can't wait for the chance to fit it on the car. 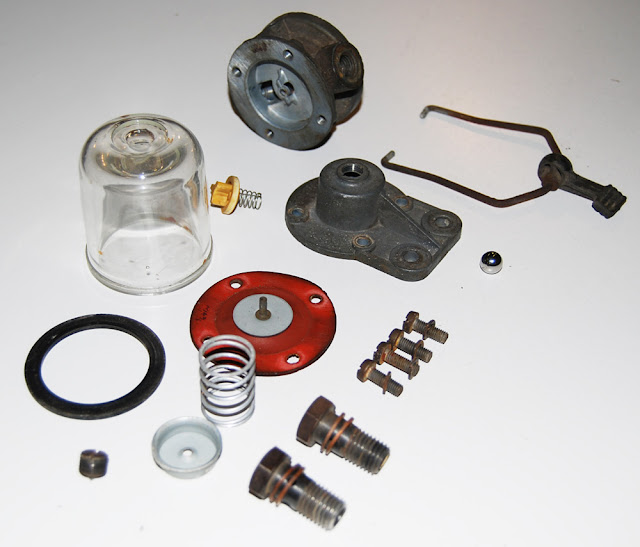 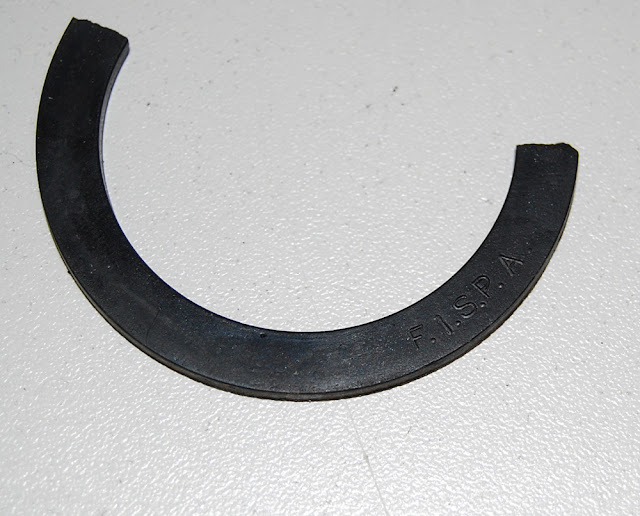 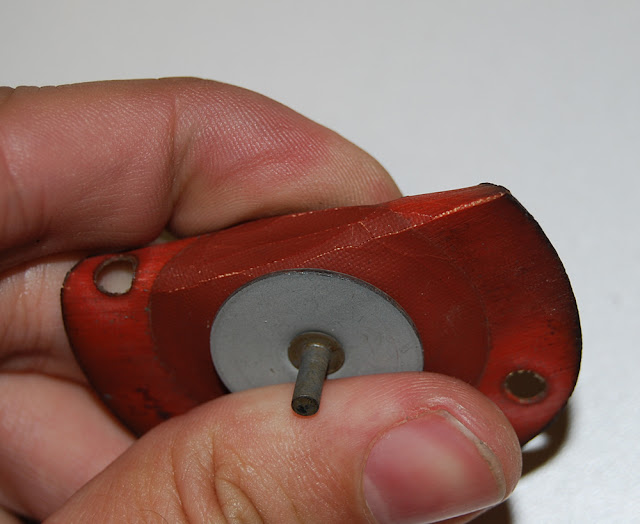 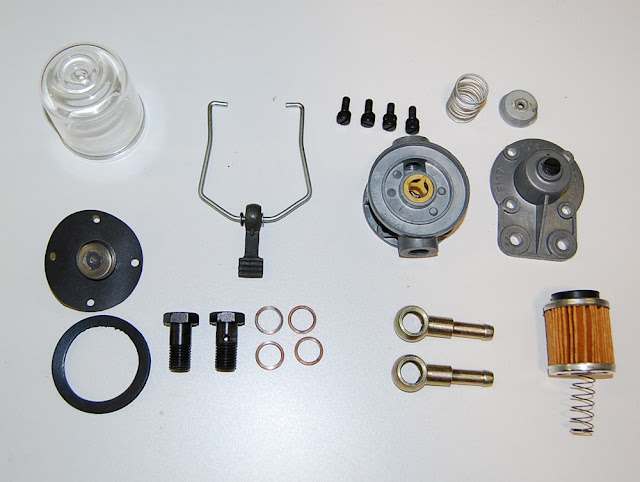 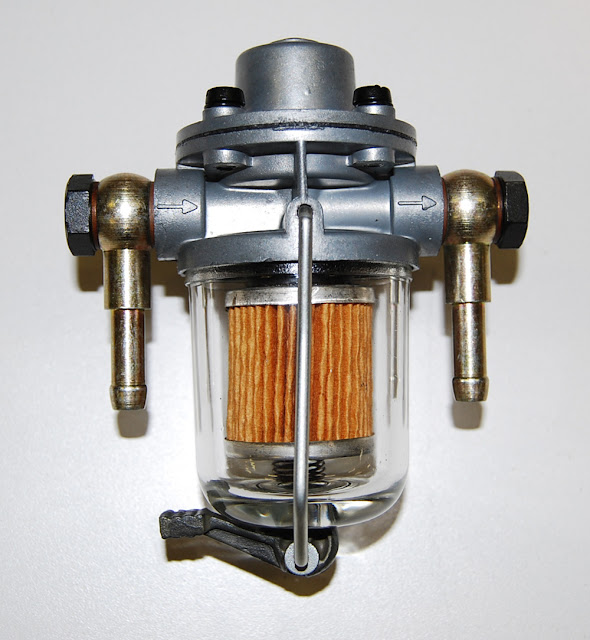 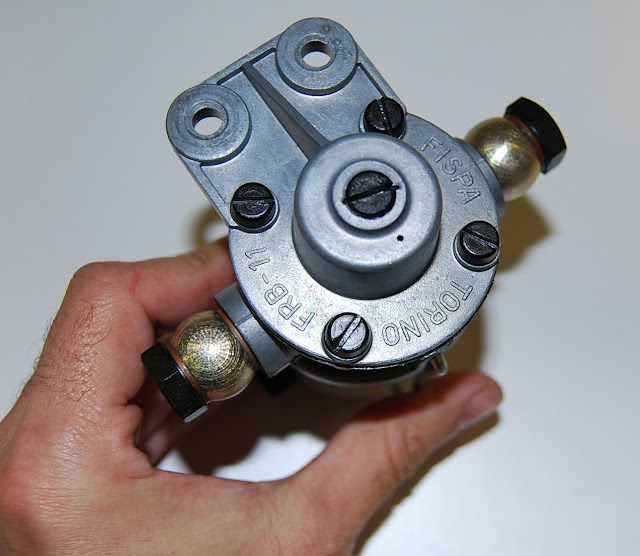 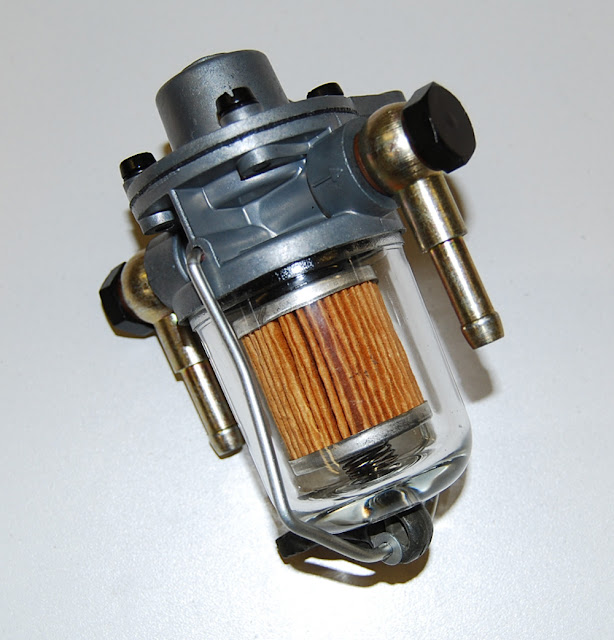