Putting out the sign for help: Printing, etching, and installing glass

When the time came to install the glass on the Dino we knew we needed help so we put out the signal awaiting our very own Batman and Robin to save us. ﻿ 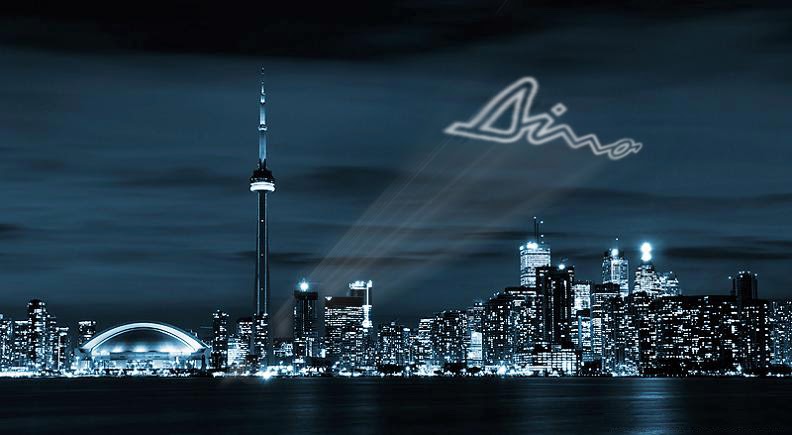 Our signal was answered by George and Dan from Body by Biggs. Blog followers will know George as our hero in getting our wheels painted after painstakingly formulating the correct colour. Dan is his most senior employee and a master assembler and the two of them came to help install the front and rear glass on the Dino.

We have always been told that rear glass installation on a Dino will put the fear of God into you as the curved glass requires quite a lot of bending to get into position. As it was George and Dan made light work of the install quickly fitting the glass with no fuss or drama. 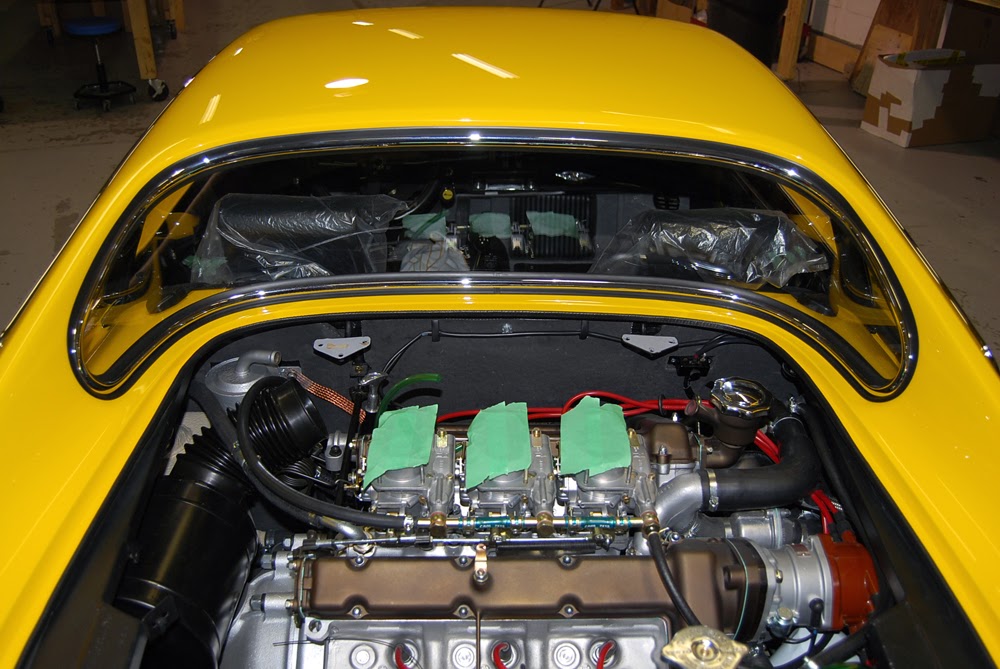 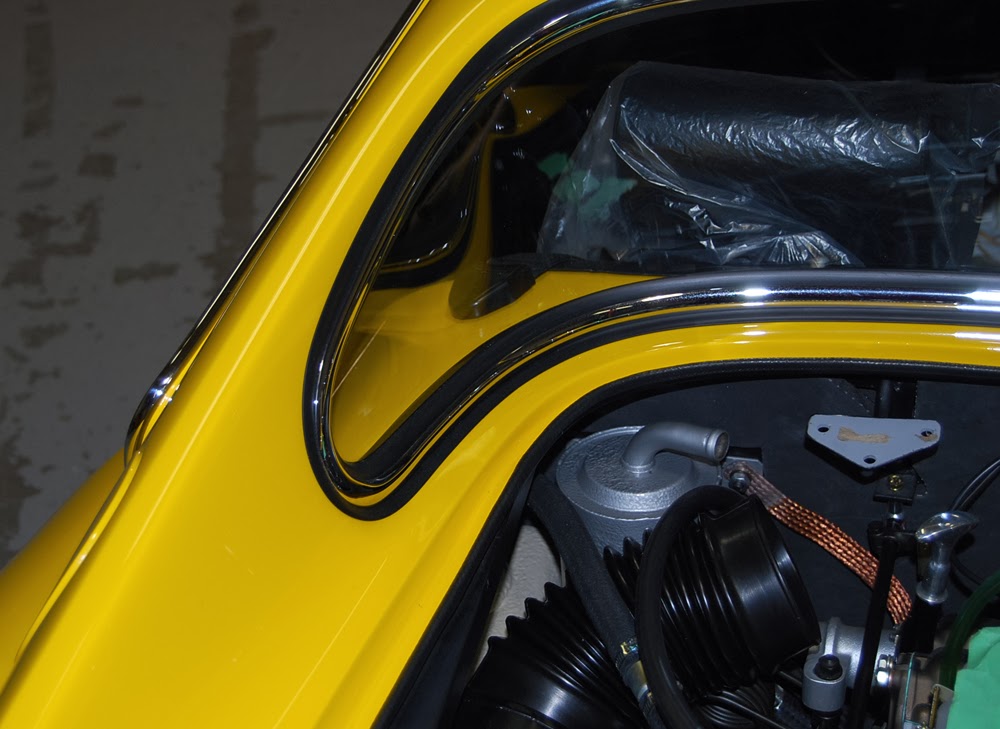 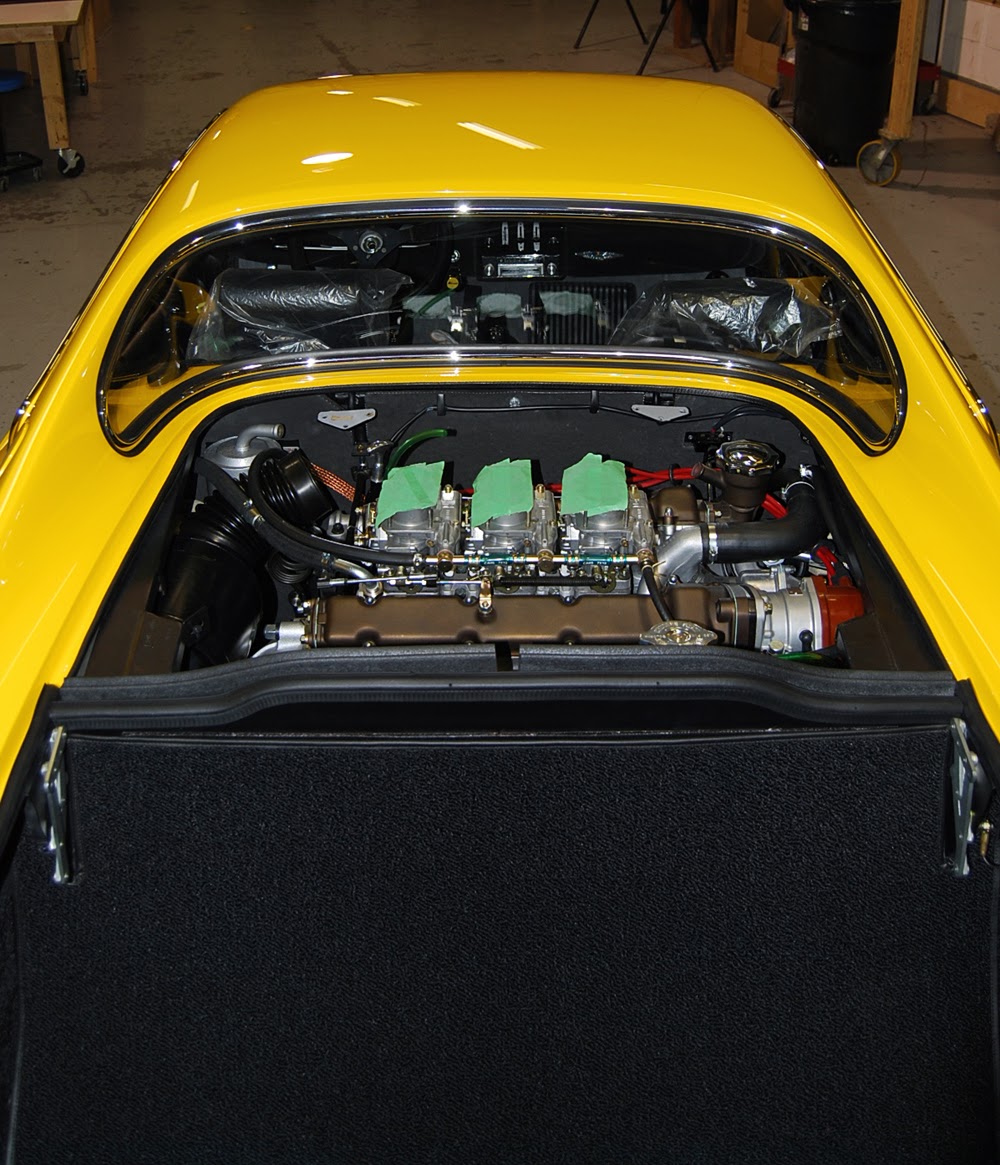 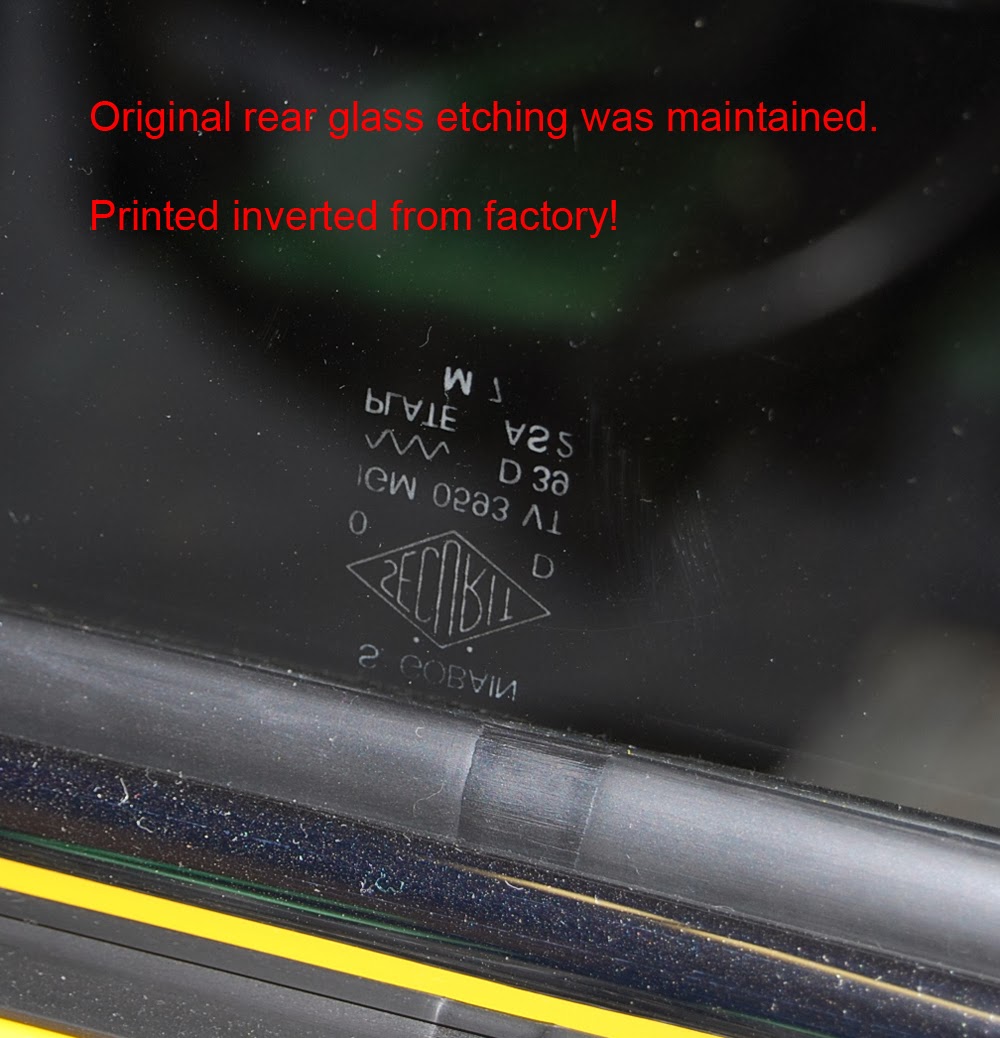 Next came the front glass. Again Dan and George made light work of the assembly installing the glass in no time at all. We were lucky they looked to the sky and caught our distress sign :)﻿ 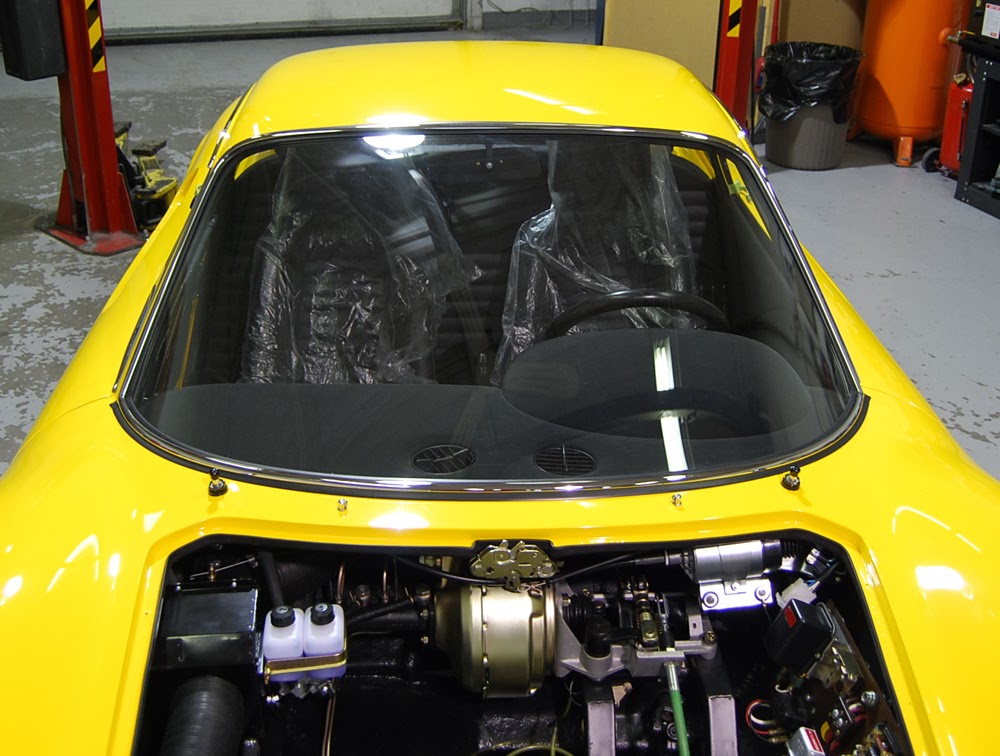 Among the details we wanted to get right were the markings on the various pieces of glass. While some of the glass was maintained other pieces were replaced and needed to be correctly marked. The front windshield originally had an etching in the top right corner. The first step was to have new glass made without any markings on it. This can be tricky as most glass manufacturers by law need to make glass with modern DOT markings but we managed to have blank glass made.

Next came replicating the artwork for the glass. Once again pixel by pixel this was drawn and then taken to our friend Joe who created an etching stencil we applied to the glass. The final step was a media etching and believe me when I say we practiced a LOT before trying the real piece of glass. The result was a perfectly replicated period etching on a brand new manufacture piece of glass. 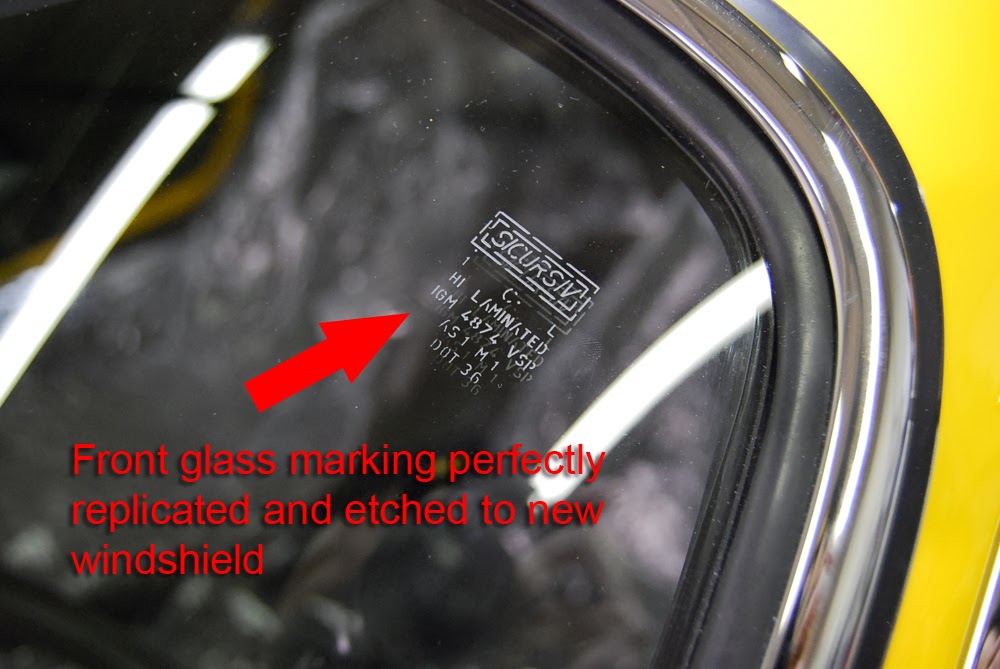 The side glass was a little different as the original pieces were not etched but rather printed. Again artwork was created and our glass taken to a specialist glass printer who pad printed the glass with high durability glass ink exactly replicating the original marking. 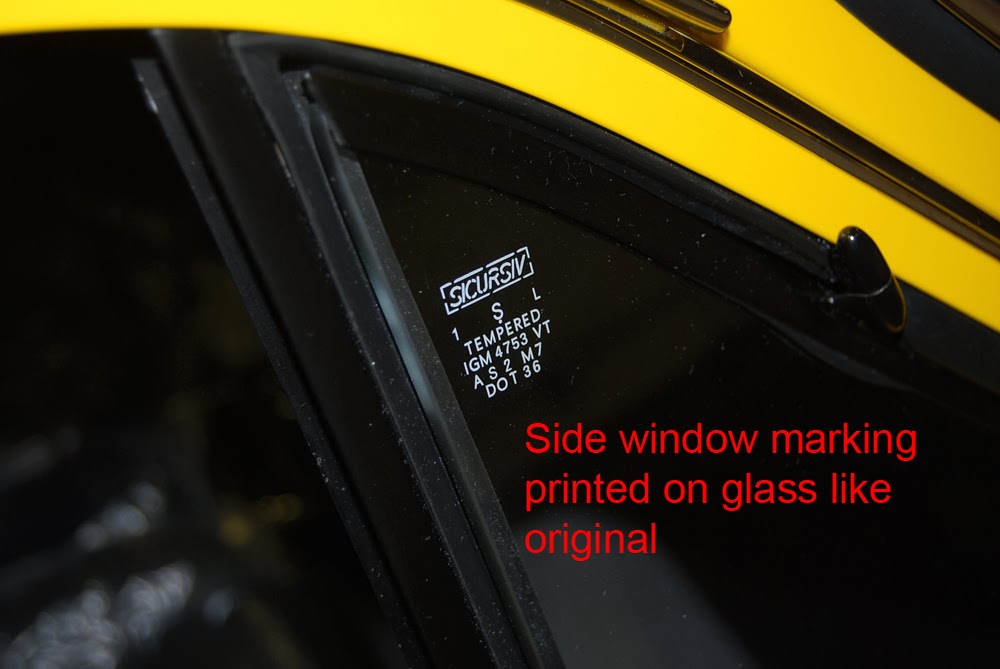 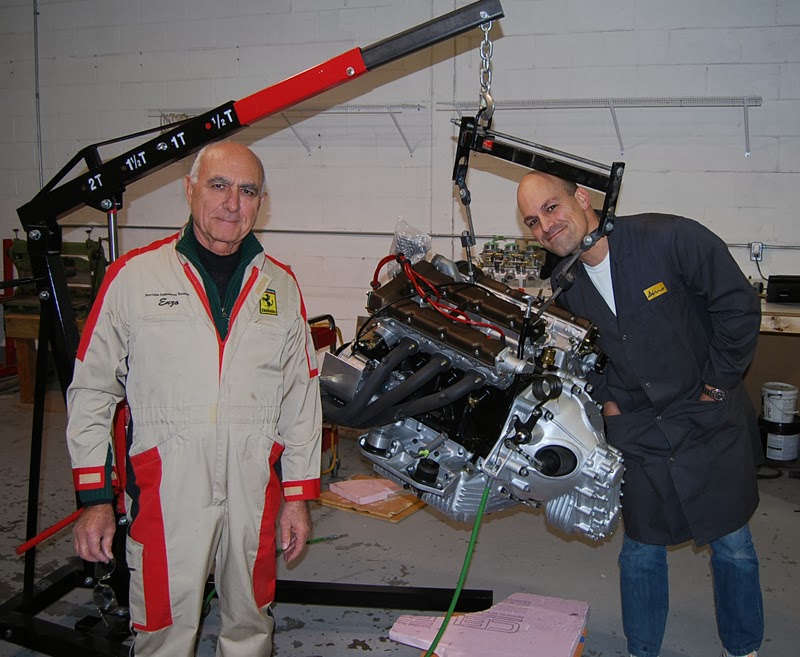 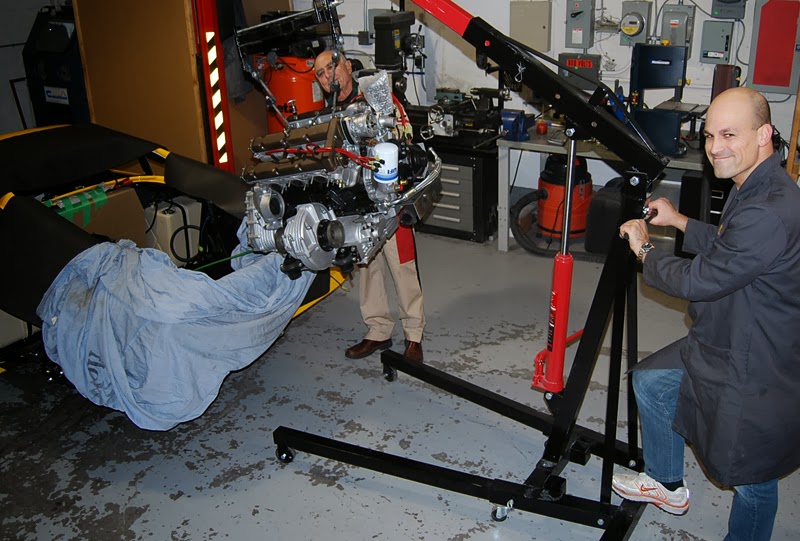 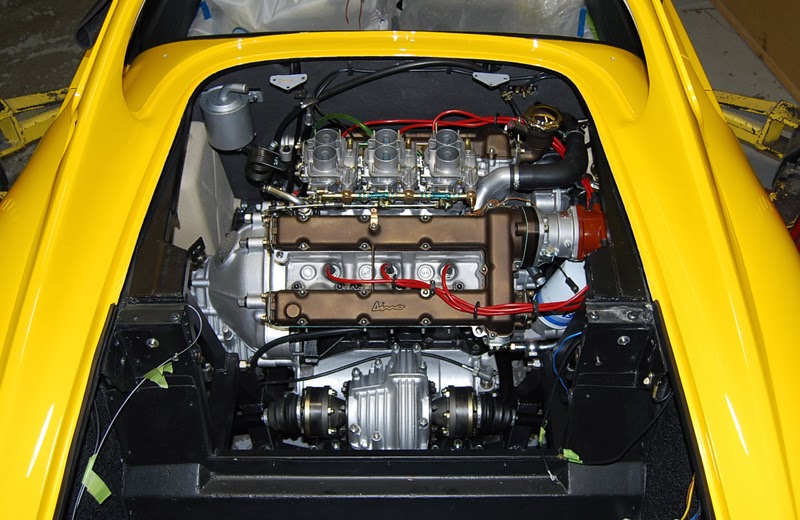 So why the title 'A moment of terror'? Well while installing the engine we did have the biggest fright of the project. With the engine hoisted above the car, and just beginning its lowering, what can be described as nothing more than a momentary muscle twitch caused a loosening of the hydraulic ram on the engine hoist. The result was the engine dropping some 10-12 inched under the full force of gravity before the error was caught and the engine was stopped. It all transpired in the blink of an eye and AMAZINGLY the engine did not touch anything as it dropped coming to rest less than 2 inches from the right side flying buttress. Some 500kg of engine and gearbox falling on the buttress would have crushed it like a grape and set us back months. For sure the big guy upstairs was looking out for us and we were incredibly lucky to get away with it. We hope for no more such dramas as our collective hearts are getting old and can't take such stresses any more.
﻿
No comments: 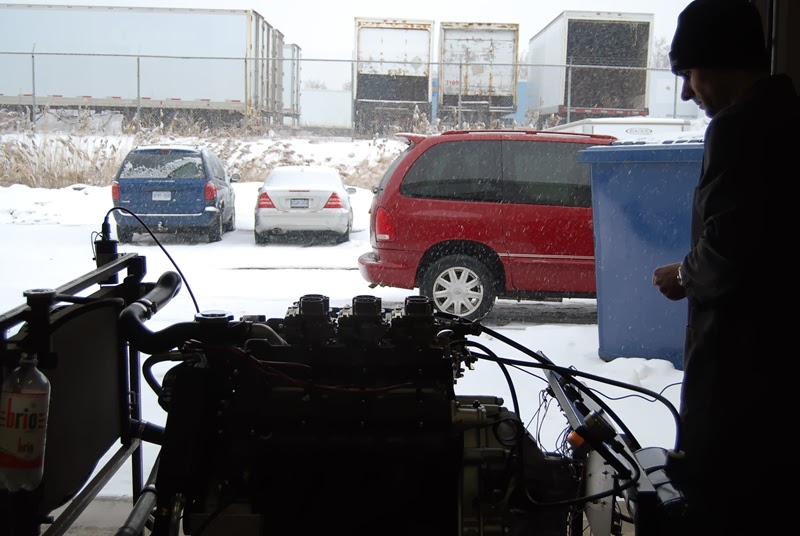 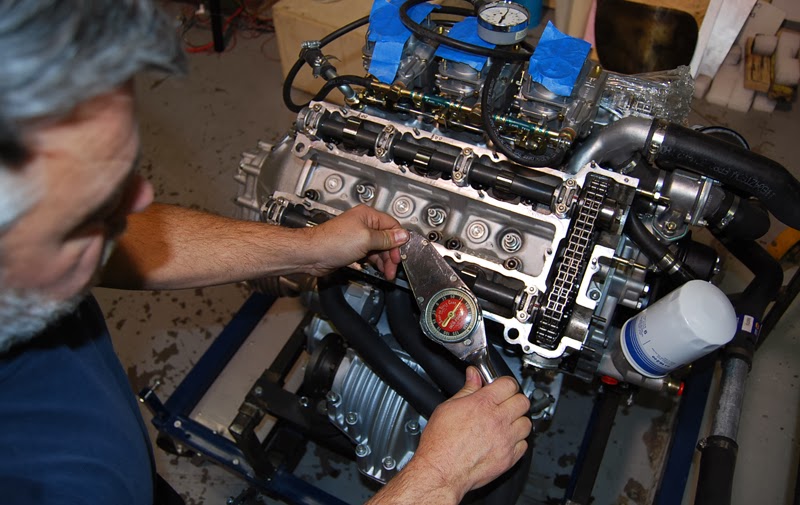 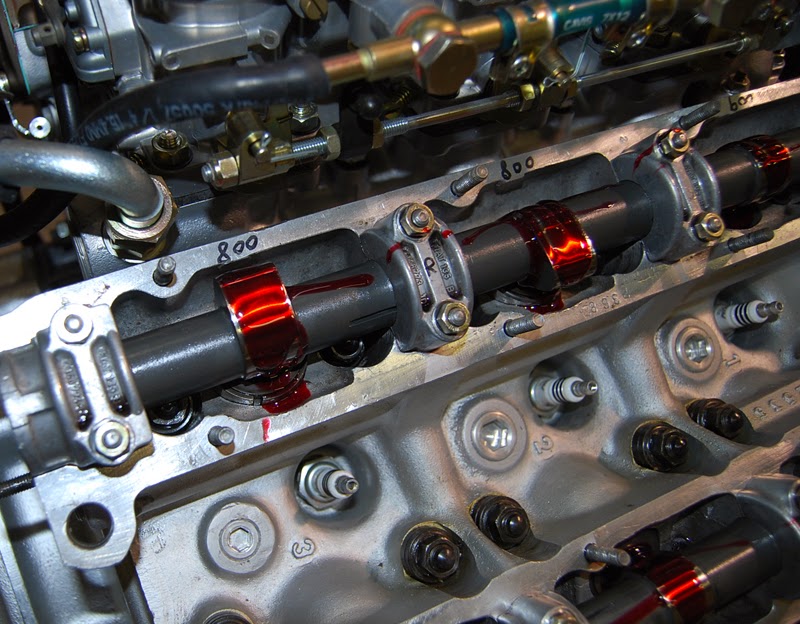 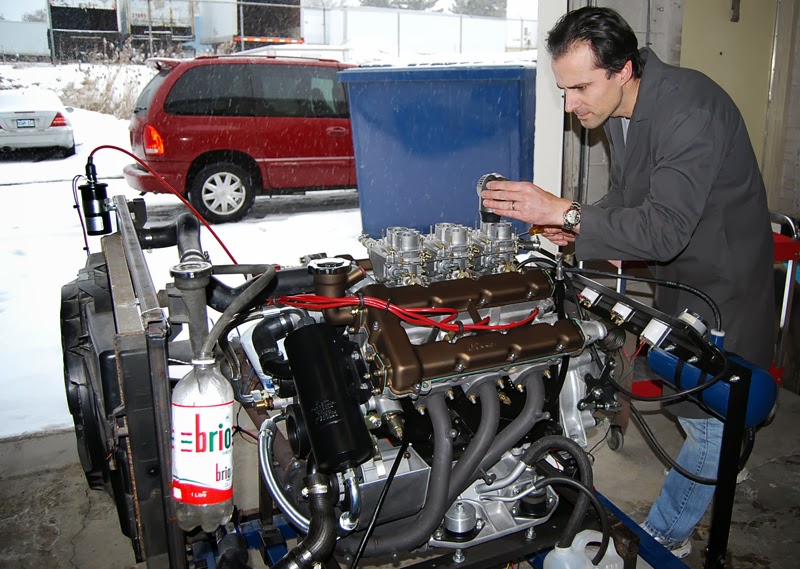 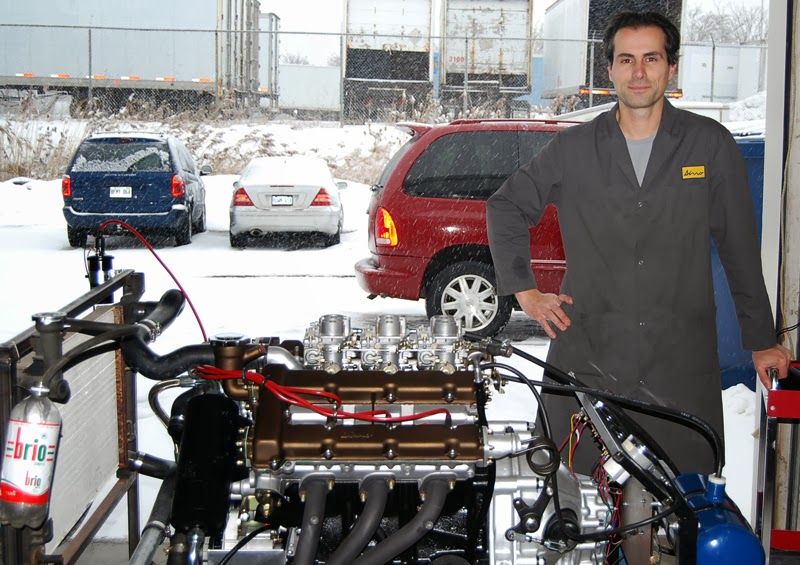 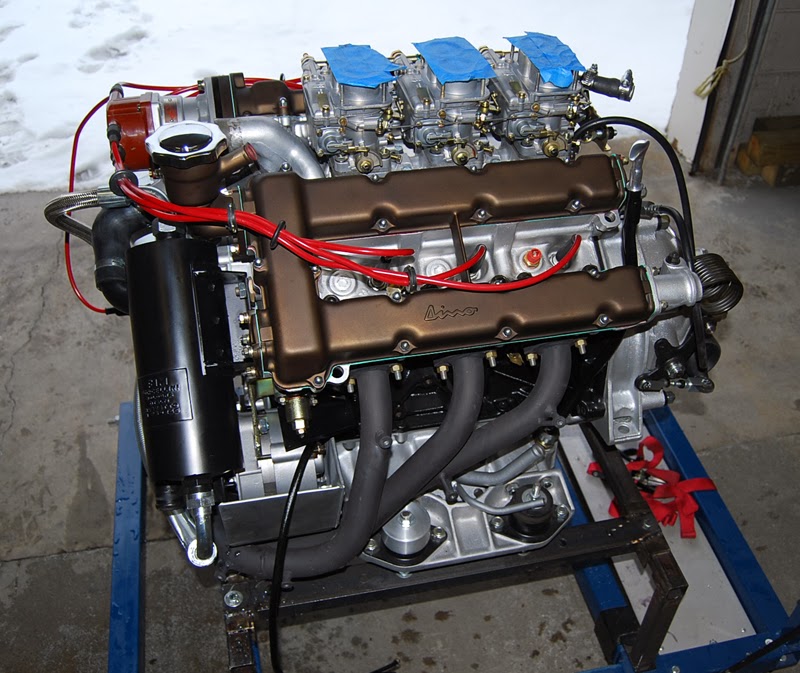 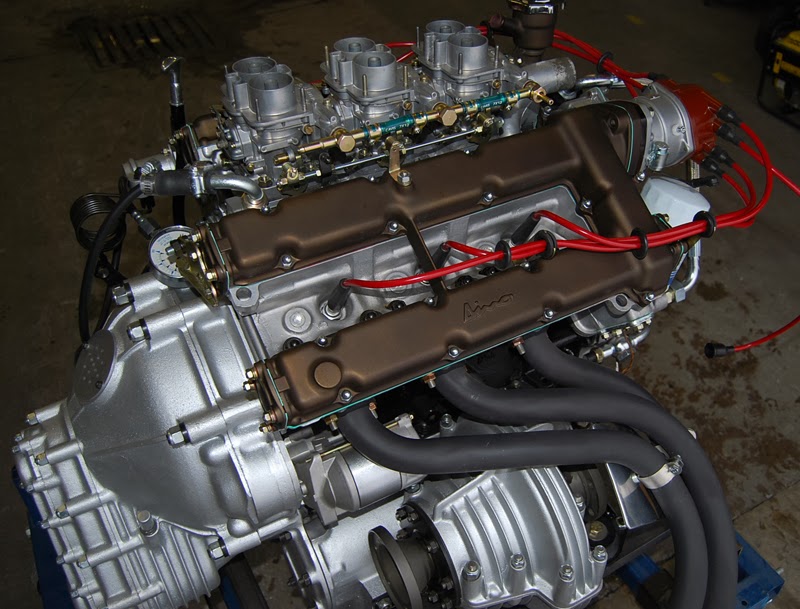 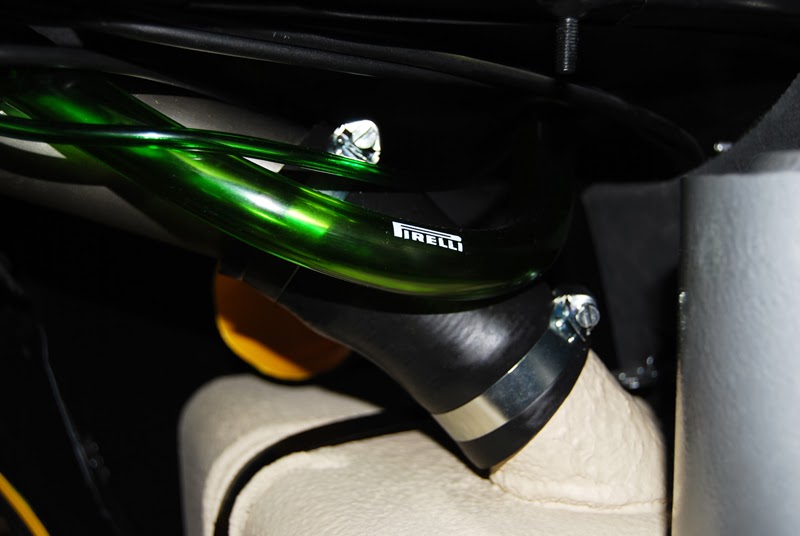 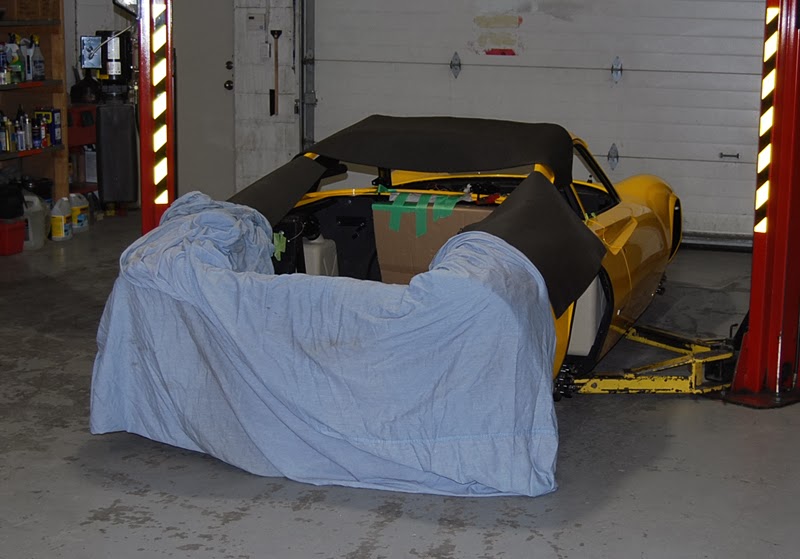