Previously we dreaded the making of reproduction tags for our seat belts. While the artwork was a ton of work requiring the manipulation of the font pixel by pixel, the label manufacture went quite smoothly. We were very lucky to find a supplier who understood our desire for perfection and they went to great lengths to match not only the original fabric, but the original printing method too. In the end they delivered perfect seat belt tags that are even folded like the originals and ready to stitch into place.

We made a few extra so, when time permits, we will add these to the Dino246.com store 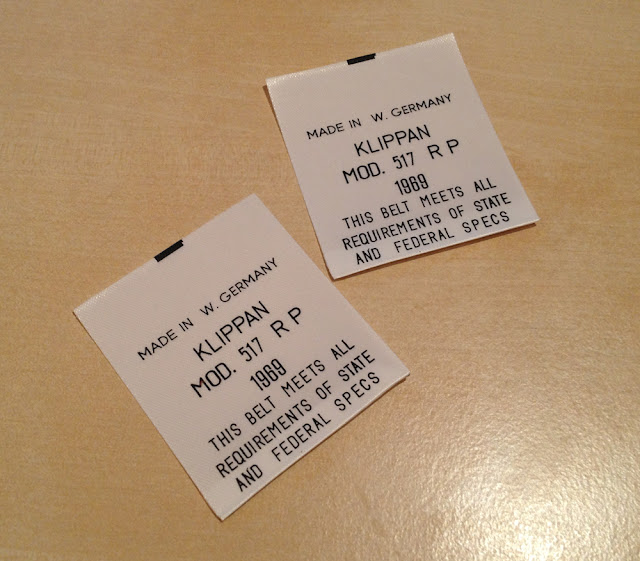 What seems like ages ago we posted how a random drive in rural Georgia resulted in a parts discovery. For those who missed it here is the link:

The truth is that we have be dreading the seat belt restoration as it has a lot of very specific parts that are hard to get and even harder to reproduce. The 1971 Dino was fitted with Klippan non retracting belts and our car still had its original ones installed. The first step was to photograph the belts in detail before taking anything apart. It was essential to be sure of the original dimensions and stitching on everything. 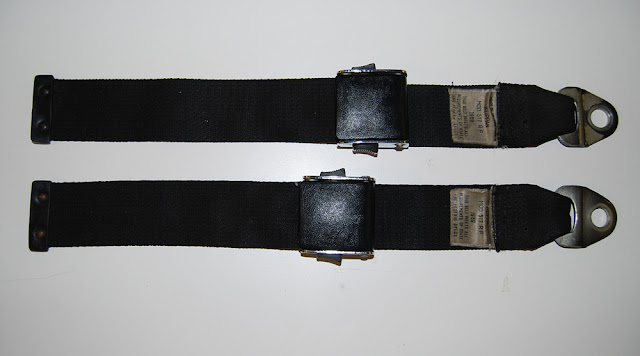 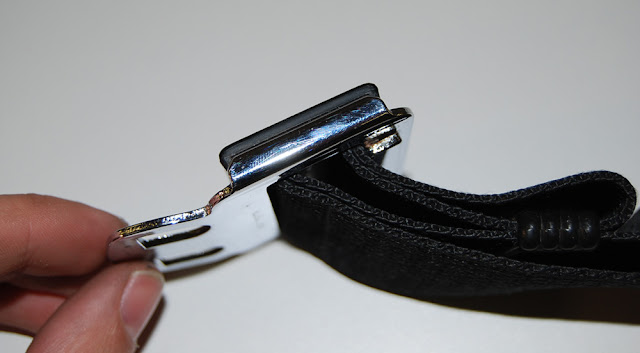 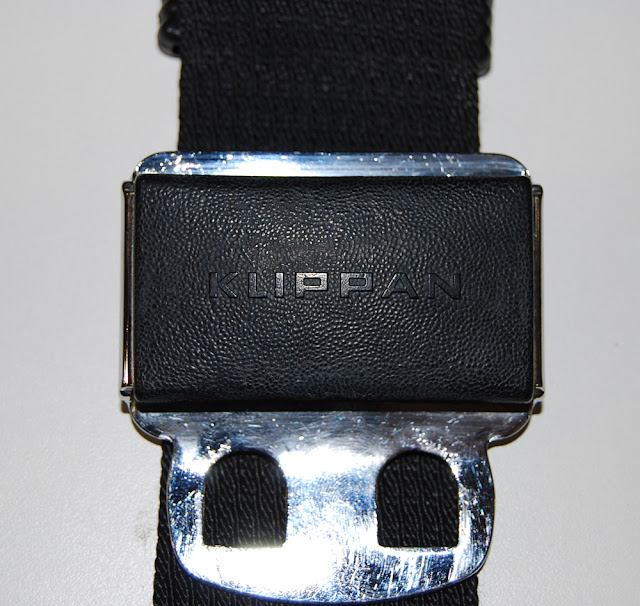 To our surprise we found the belts to be in amazingly undamaged condition. There was not a single scratch on any plastic part and the chrome was in very good shape with no peeling or deep scratches. Any marks would polish out so that chrome bill was thankfully avoided. Our most pleasant surprise came in the actual webbing which was in excellent condition. There was no fraying or damage of any kind. This was good news because replicating it would have been next to impossible so it is great to have the exact correct pattern to the straps. 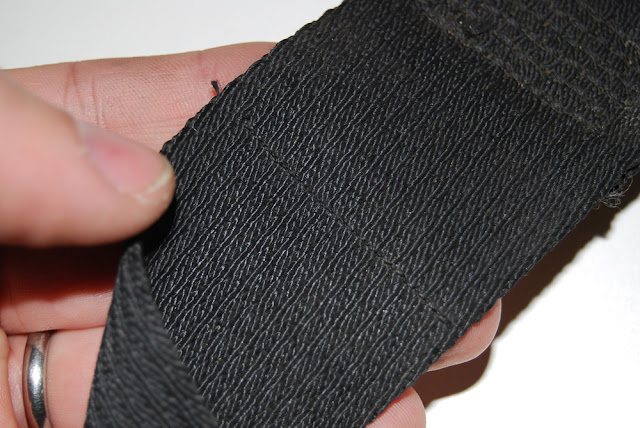 Next came full disassembly and categorizing of everything. Plating colours were noted for the end hardware and the photo below shows some of the stripping and prep for re-finishing already under way. 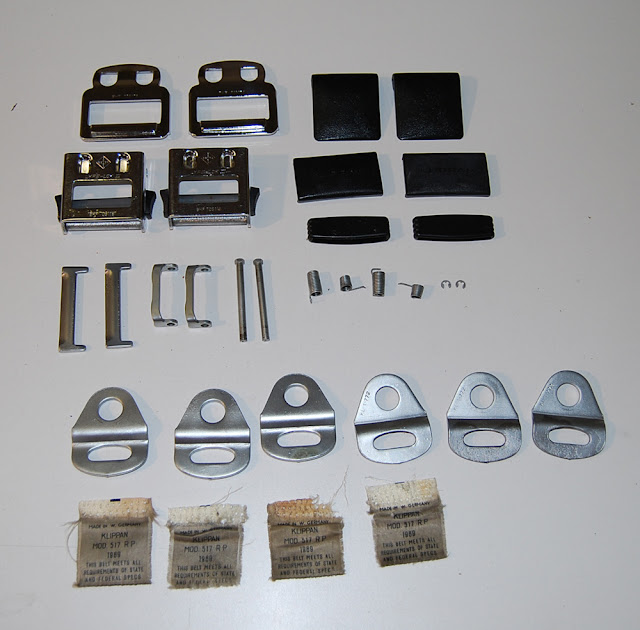 Next up was a washing of the webbing. We will show this image as the first rinse had the water so dirty that you could not make out the belts inside. Over 40 years of accumulated dirt took multiple washings to get out but by the 4th  rinse the water and the belts were clean. Credit goes out to Mom for un-stitching the belts and washing them in the kitchen sink. Thanks Mom :) 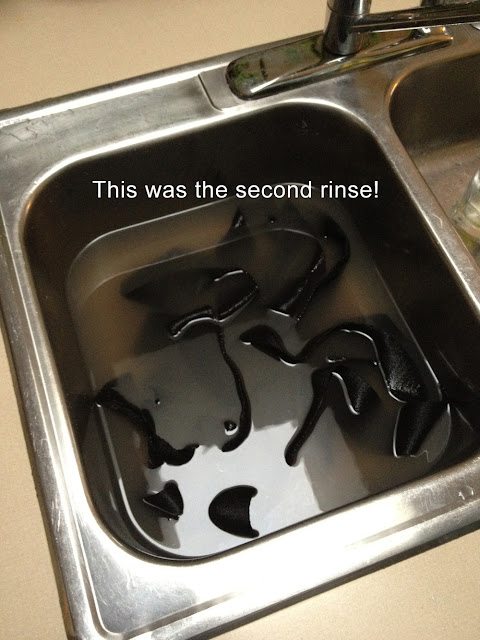 Everything was going a little too smoothly until our attention turned to the original homologation labels for which a reproduction is the only answer.  Looks like we are back to hours and hours of creating artwork one pixel at a time followed by a hunt for someone who can print perfectly on a replica fabric that has yet to be found. I must say, the seemingly simplest tasks often take the most time. 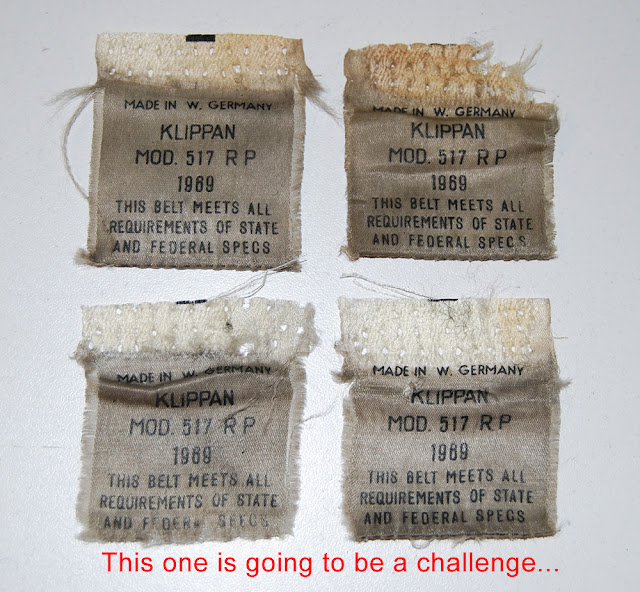 A 'smokin' albeit reluctant model: The ash tray restoration

Today we finished off restoring the ash tray. It was a whole lot more work than we anticipated but we are most pleased with the result. Before starting the assembly was in a tired state. The main chrome was worn and previous butchers had their way with the electrics leaving them warped and wounded.

In order to get it looking its 1971 best our ash tray was treated to fresh chrome on the body, all new hardware, and full restoration of the light assembly. The most difficult part though was restoring the lid. On the Dino the lid is made from stainless steel and has a very faint ribbing on the surface. Luckily there were no dents or deep scratches and Paul polished it by hand over several hours to a factory new finish.

Second only to the lid in difficulty was photographing the finished piece for this blog post. It was incredibly difficult to shoot without getting dust on it or reflections that ruined the final photos; a problematic model right to the end. 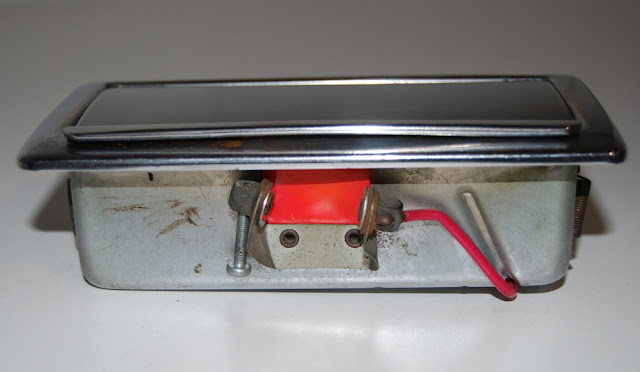 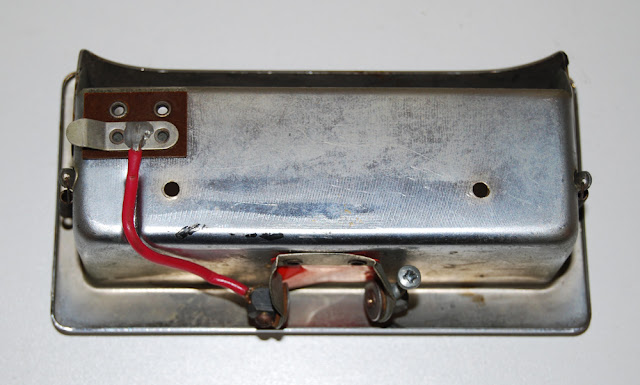 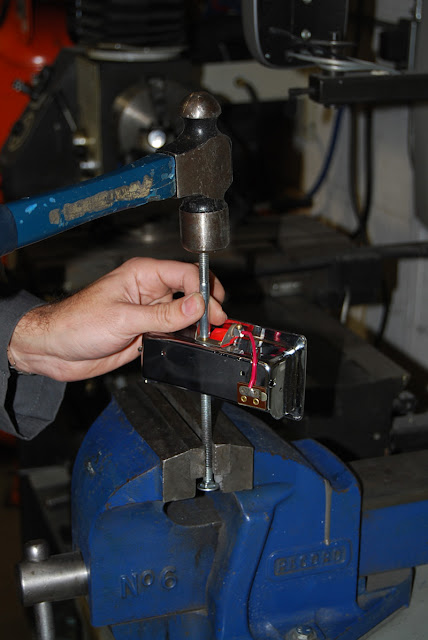 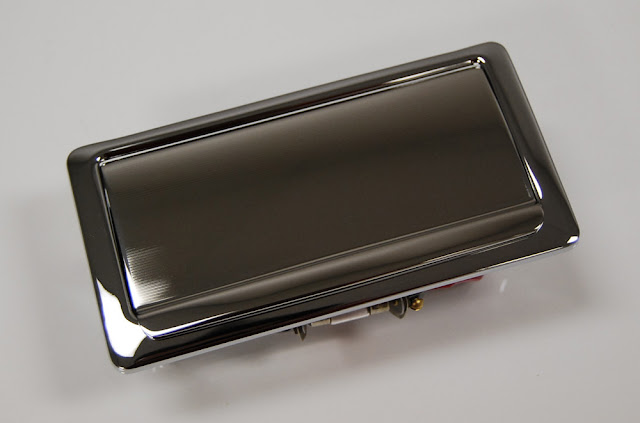 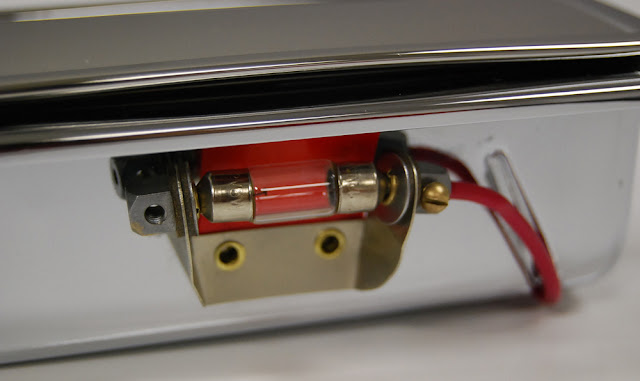 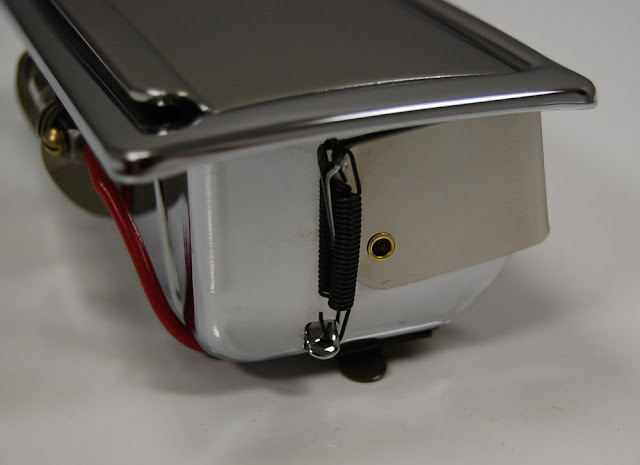 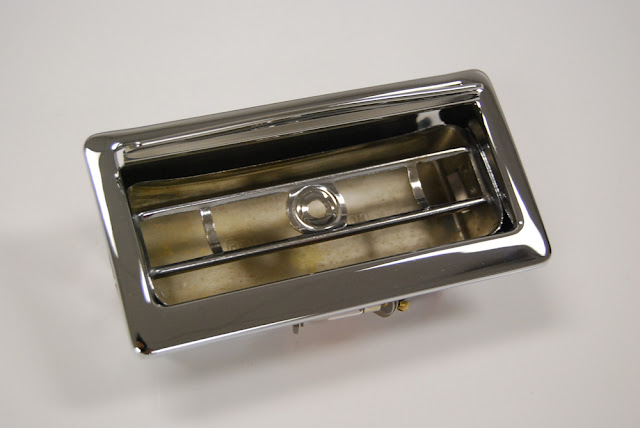 Dino's suffer from a common leak that originates at the forward cam tensioner. It is a poor design that even if freshly re-built is prone to leak at any time. Normally leaks on an Italian car are not a big deal but in this case the drip falls right on the alternator causing it to short out and requiring a re-build. If you are lucky this happens at home but more often than not it takes place on the road requiring an expensive tow before even more expensive repairs can be carried out.

To solve this problem we came up with a nifty little shield that installs in minutes without any dis-assembly and directs a leak away from the alternator and to the floor under the car. This way the warning that your tensioner has leaked is no longer a stranded Dino but rather a little drip under the car.

We have made these available for sale at our store (link at top of page) and supply the laser cut and CNC bent stainless steel part with its own instruction manual that mimics period Technical Service Bulletins (TSB's) from Ferrari. How awesome is that!

Many thanks go out to Dad for turning my idea into a prototype and Annetta for making the instruction sheet look so authentic. 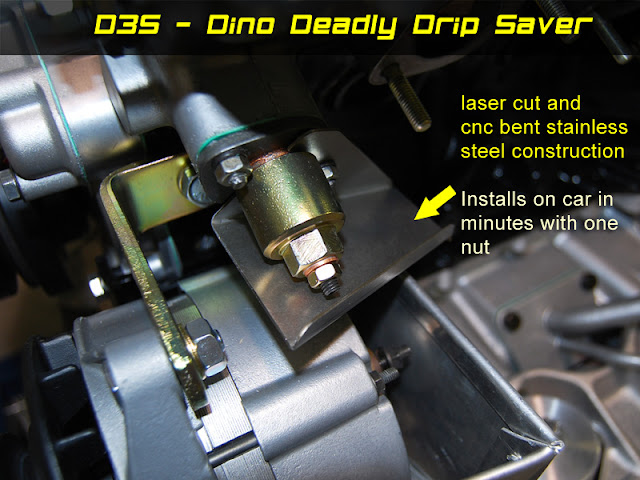 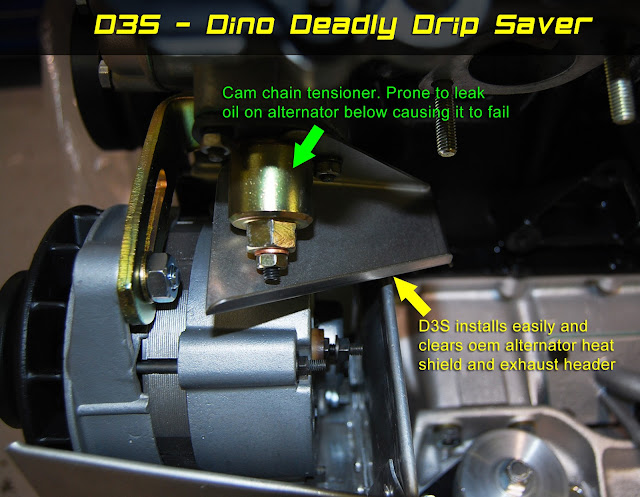 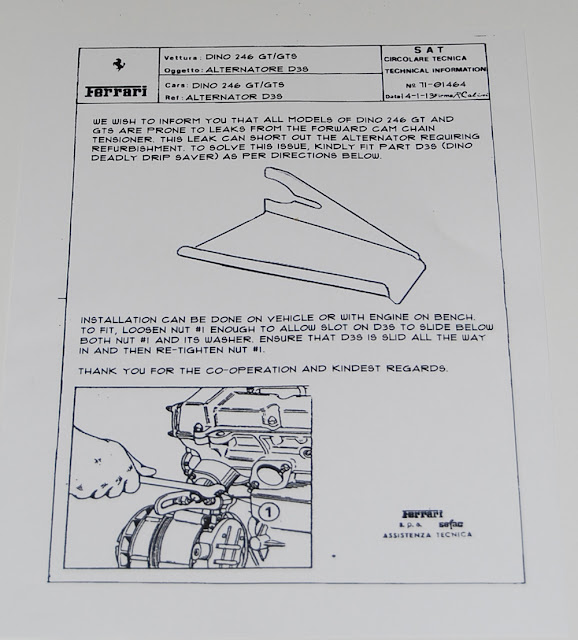 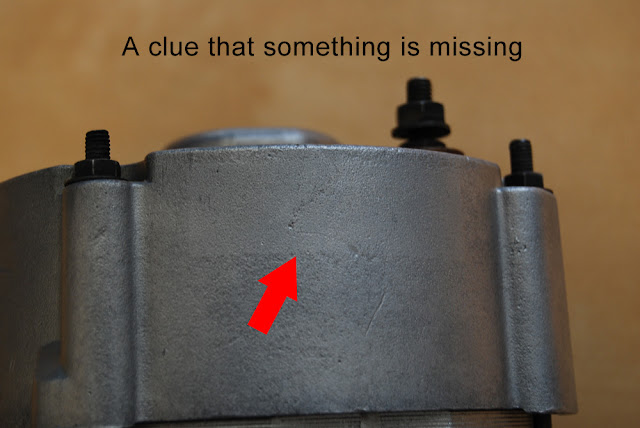 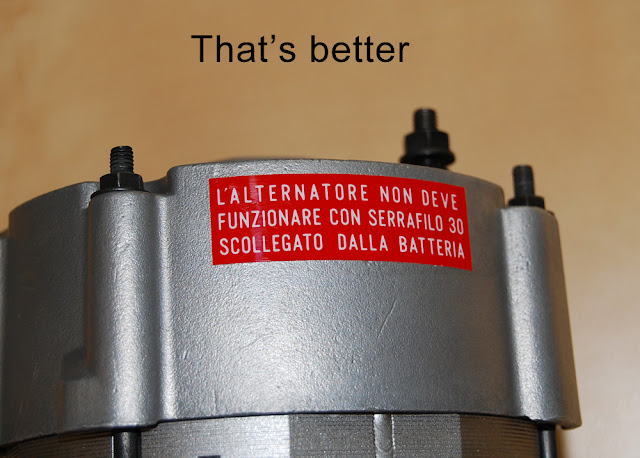 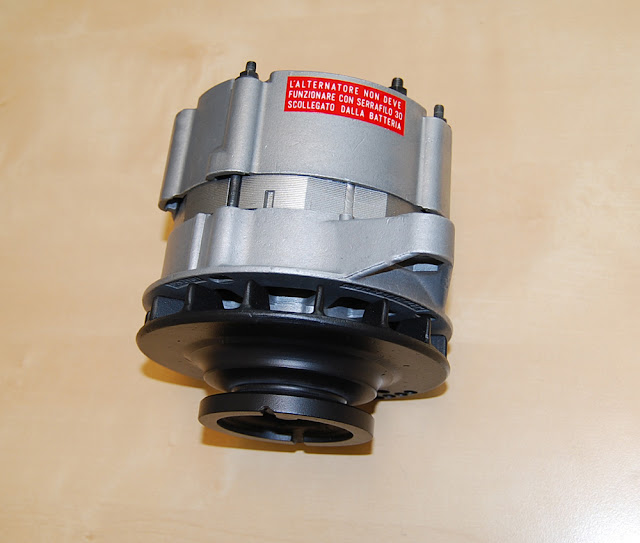 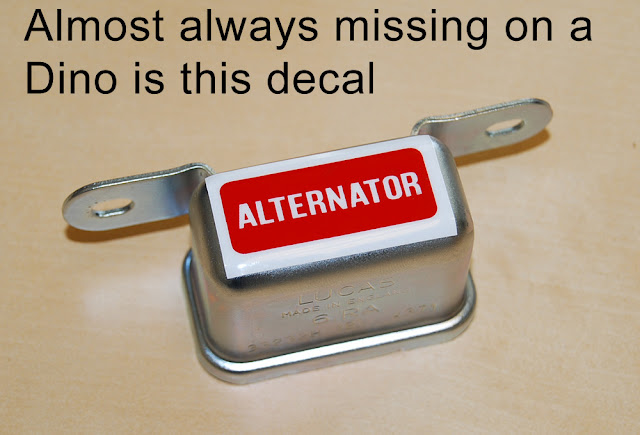 Well it is a new year but the crazy tasks continue. Today's insanity was restoring NOS fuse blocks. Why would anyone restore a brand new part? Well with 40 years of shelf wear even brand new parts pick up a nick or a scratch that was not there when the part was made. As such every piece is evaluated for deviations from brand new and brought back to that condition.

In the case of the fuse blocks, the entire body was fine sanded with 2000 grit paper to take minute marks off of. Also the plastic thumb screws were finely sanded and polished to return them to their freshly molded finish.

This may all sound nuts but added up over a whole car it really adds up. In addition we are just not wired to install parts that we know can be better so for us it becomes a necessity to do things this way. 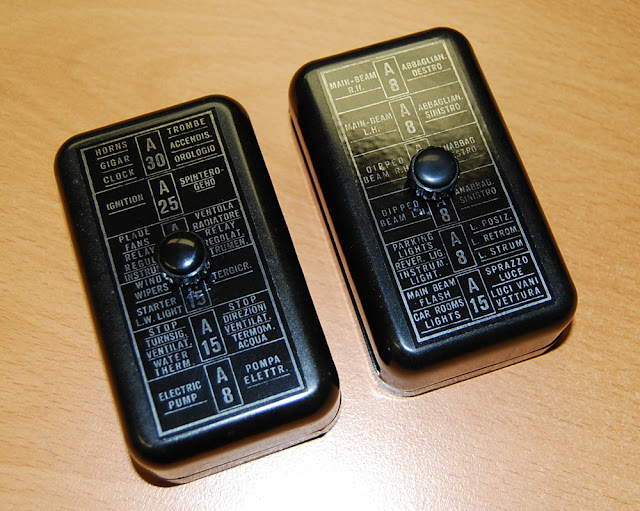 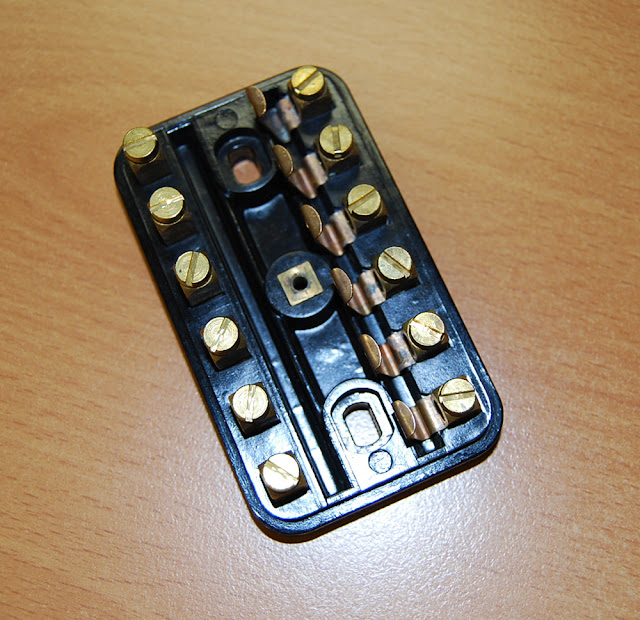 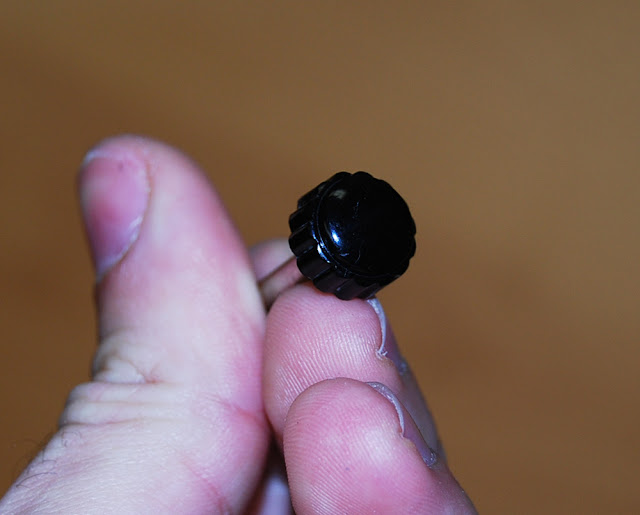 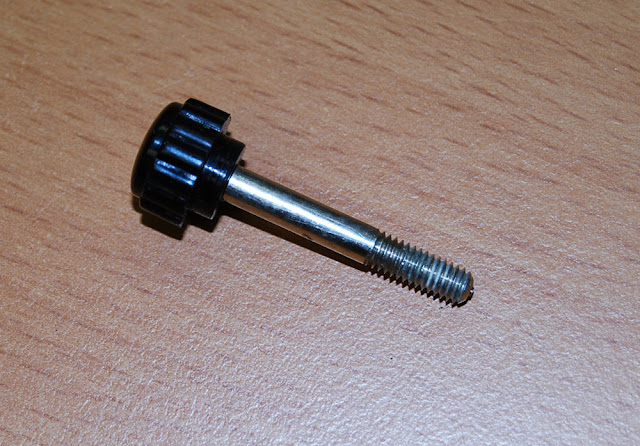 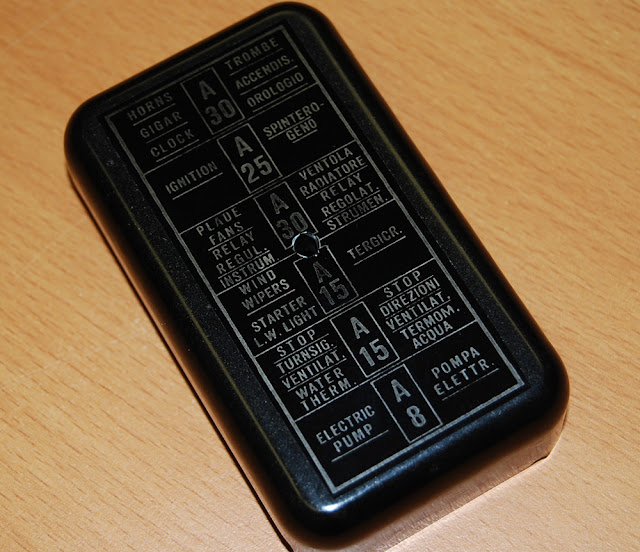