The devil is in the details and one of these is the ID tag that is riveted to the distributor. On the Dino it is a prominent feature that is clearly visible when the engine bonnet is opened. On most cars the original print is fully worn away. There are reproductions available but none are done to a high standard nor do they have the correct text which is applies to 206 and early L and M series Dino's.

Wanting to get things right we embarked on the project to perfectly reproduce the tags as original. While we were at it the decision was taken to make both the earlier and later versions as these are the ones that are not available anywhere. As always artwork took many hours and we want to offer a special thanks to our Marelli expert Adrian who assisted greatly along the way. In addition we worked with a specialist printer who used an ultra durable epoxy to achieve the most weather resistant print that we could.

So you own an early Dino and want to know which is correct for my car? Well that answer is not easy as there is no clear data to support which tag is correct for which car. As a generalization all L series Dino's and very early M series cars would have the tag that is mainly red. Chassis # 01150 from the sales brochure has the red tag and represents the latest car we have hard data on.

The silver tag should carry through the M series production through to the E series in late 1971. That said we have period images showing silver tags with the S125 BX print going as late as June 1974. The earliest car we have on record with a silver tag would be 01240. Our car 01464 had the silver label for sure as confirmed by Adrian.

These tags are available for sale at the Dino246.com store 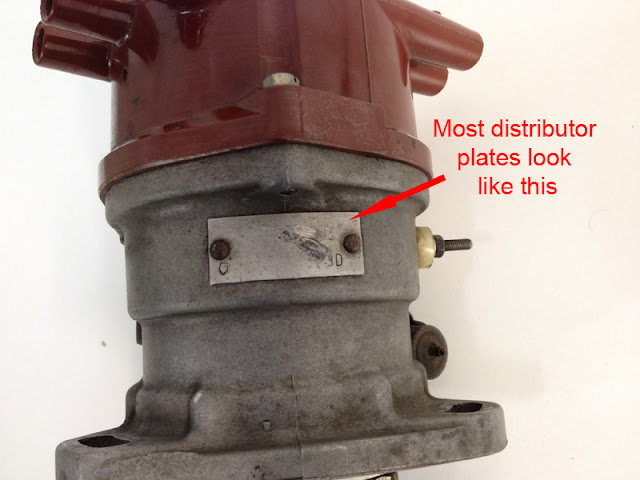 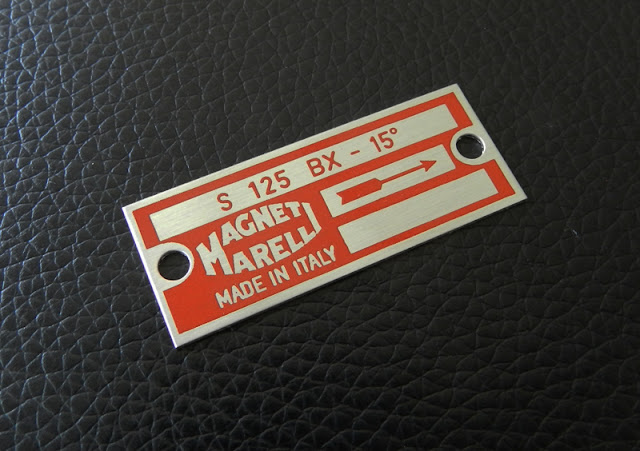 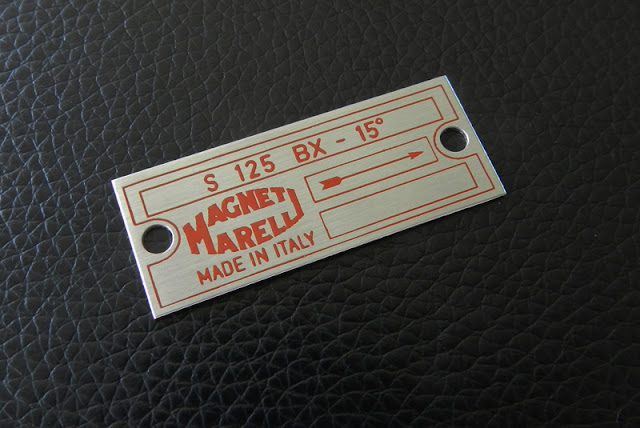