Continuing to restore rather than replace

As mentioned in a previous entry, we always do our best to restore parts rather than replace them even if it means an increased investment in effort, time, and money. The original parts are what make the car unique and special and too often they are replaced by mechanics and 'restorers' who place speed at a priority to originality.

Today's example are nothing more than two grounding wires for the radiator cooling fans. Despite a large coating of oil, grease, and paint over spray, we felt that there was an original part just waiting to go back on the Dino. Sure enough after about an hour of cleaning, polishing, and (most importantly) testing we discovered unexpected manufacturer markings of 'Cavis' on the wire. A really cool find that made all of the effort worthwhile. 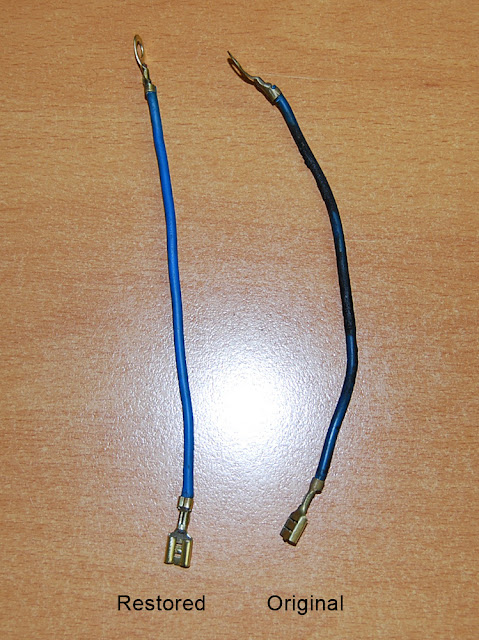 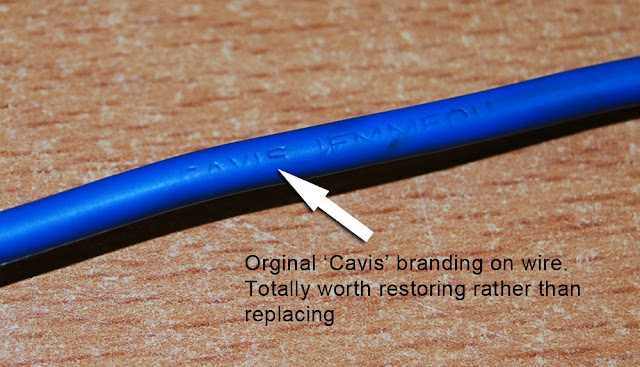